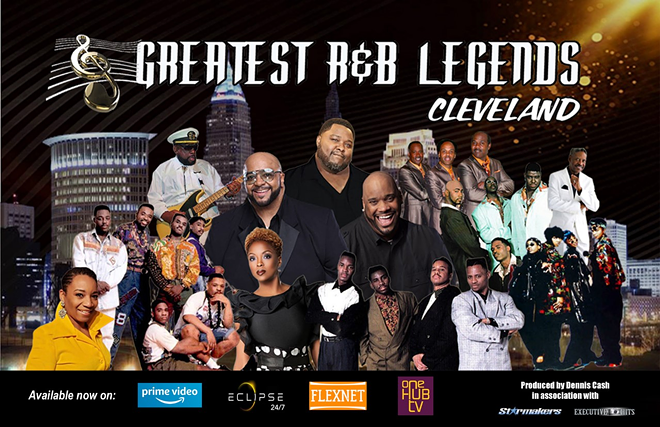 A local guy who’s been in the entertainment business since the 1970s, producer Dennis Crash has released The Greatest R&B Legends: Cleveland, a new documentary featuring live performances and interview with acts such as the O'Jays, Rude Boys, CASH, Levert, Men at Large, the Dazz Band and many others from the '70s to the present.

“Interviews explore the drama, ups and downs, and triumphs in this once-in-a-lifetime treasure of the music scene,” reads a press release about the film, currently streaming on Amazon Prime Video. “These artists paved the way for generations of musicians who all are a part of Cleveland’s R&B history. [The film] digs into the culture and the background of the R&B industry with music production, radio, sound companies, hair and fashion, who all played major roles in the historical impact of R&B music in Cleveland.”