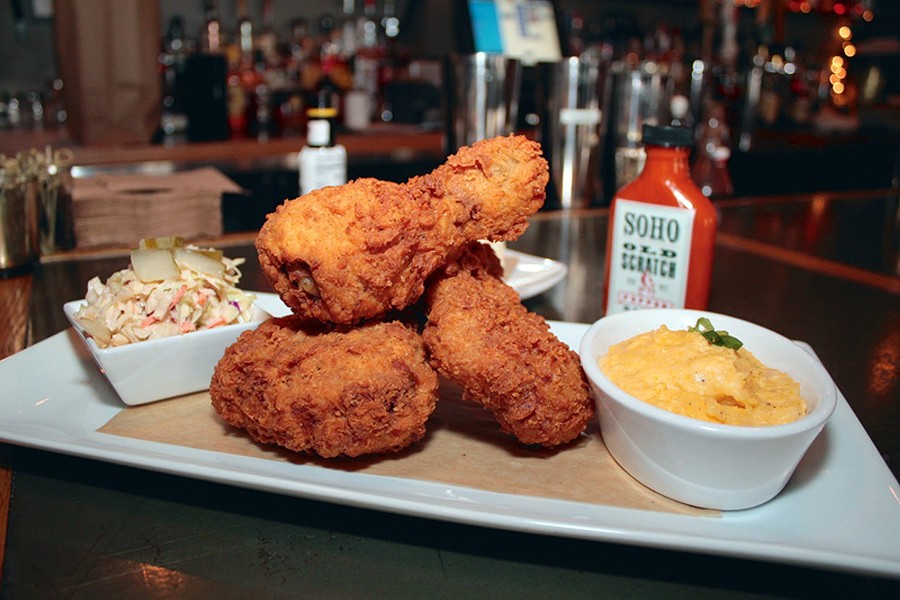 For months, Soho Chicken + Whiskey (1889 W. 25th St., 216-298-9090) owners Nolan Konkoski and Molly Smith have been preparing to reopen their popular full-service restaurant in Ohio City as a new fast-casual concept. We now know that the quick-serve eatery will be called Chicken Run and it will open Wednesday November 11.

Soho – short for Southern Hospitality – opened nearly nine years ago, but the fried chicken and whiskey restaurant has been closed since March. Rather than shift like so many of its brethren to a take-out-focused business built around the original menu, management opted to reinvent (at least for the foreseeable future) the entire concept.

“We were actually planning a second, more casual biscuit concept that would have been more breakfast and lunch focused, so we're trying to view the current challenge as sort of a way to introduce that,” Konkoski told Scene back in April.

Management busied themselves the past few months with menu planning and construction, which has converted the bar to a walk-up counter with menu board, order station and pick-up area. Additionally, a window will be added on the patio to facilitate walk-up service. For the time being, there will be no seating inside, only on the patio while weather permits.

“We’re doing basically the same style food that we’ve done, just tweaked it to be more to-go friendly and pared it down to make it easier for our staff,” Konkoski  explains.