Tropidelic Aims for Something 'Cohesive and Different' on New Album 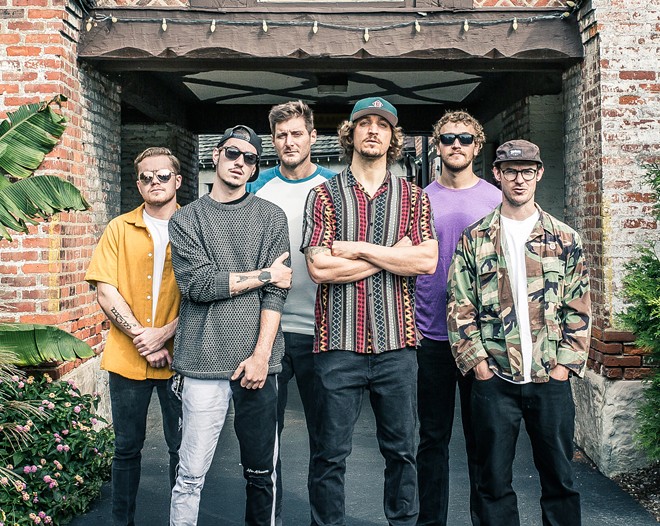 One of Northeast Ohio’s most successful bands, Tropidelic draws inspiration from groups such as Sublime and 311 and blends ska, hip-hop and rock. The band puts on its own Freakstomp Music Festival each year and has played Electric Forest, Vans Warped Tour, California Roots Music & Arts Festival and the 311 Caribbean Cruise.

Now, the band has just released its latest studio effort, Of Illusion. The follow-up to last year's Here in the Heights, which debuted at No. 2 on the Billboard reggae charts in late 2019, Of Illusion features guest appearances by the likes of Matisyahu, Devin the Dude, Dirty Heads, Shwayze, and others. The anthemic single "New World" features spirited horns and a heady combination of rapping and singing.

“This new record is something we have been trying to achieve for a while,” says Tropidelic’s drummer, Rex Larkman in a statement. “We were searching for a whole new world (no pun intended) of sounds by collaborating with our new producer. We wanted to achieve something that’s cohesive and different from the rest of our catalogue, while still keeping it Tropidelic. Pushing the boundaries of how listeners may expect us to sound has always been our thing, and I think Of Illusion breached a whole new level for us.”

The album is currently available for sale and streaming across all platforms and music outlets.