Citing Virus Surge and Pressure on Healthcare Workers, Nighttown to Close Until Spring 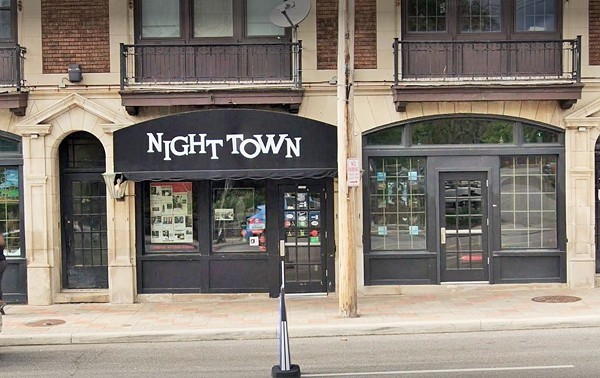 Nighttown owner Brendan Ring was among the very first restaurant owners in Cleveland to shut down operations at the onset of the pandemic.

“We have a moral obligation,” he told Scene on March 12th, announcing that even a sold-out St. Patrick's Day slate of festivities wasn't worth staying open for as the coronavirus began to spread. “We are restaurants; this is where it’s going to spread. Sanitize all you want but it’s coming and it’s going to be a percentage of our population whether we like it or not. And I don’t want to be part of it.”

Eventually, Ring reopened and enjoyed a brisk summer business thanks to the patio and the safety of outdoor dining.

But that warm weather is over, Ohio looks to be in peak surge mode with record-setting Covid case numbers seemingly hitting every day, and the death toll continues to skyrocket around the country.

And now he's among the first batch of Cleveland restaurant owners who have announced that they're closing up shop for the winter, citing not only the surging numbers but the burden on the healthcare system.

To all our Nighttown friends:
We are for sure in unprecedented times.
Let me first of all thank all of our unbelievable customers and friends who have supported us in such large numbers all Summer long.
We have been humbled by your love and support.
A week before lock down in March we took the step of announcing our closure before it was mandated by the Governor.
The day I announced Nighttown would close there were 40 cases a day in Ohio, today there was 8071.
This situation has become untenable. It’s time to understand the pressure our frontline workers are under and their situation is becoming more dire by the day. Being so close to the massive hospital campus down the hill more and more of these folks are telling me everyday how rough it’s getting .
Therefore no matter what the Governor says on Thursday or possibly before that Nighttown will close till further notice on Sunday November 22nd after Brunch service.
Hard times indeed but hopefully we will see you all in the Spring 🔆
Please stay safe and wear a mask.
Brendan.


In an interview with Cleveland.com, Ring added a more personal explanation: “For months and months I didn’t know anyone who had died. In the last month I know a ton of people who have gotten it and a number who have died. … It’s become less and less fun. I feel bad for everyone in the industry. We’re in a little bit better shape in that we own our building, and we can sit this out. The next three months will be utterly miserable in this business, and I think it’s time to take a break.”

Ohio Gov. Mike DeWine said last week that amid surging numbers he could close restaurants and bars later this week. Whether that comes to pass or whether he institutes a curfew instead, the Cleveland restaurant industry was already looking at a dire winter dining season thanks to the end of PPE and the end of patio season.

In advance of DeWine's possible announcements later this week, a group of Cleveland restaurants have come together to implore the state to allow restaurants that operate safely and within guidelines to stay open.