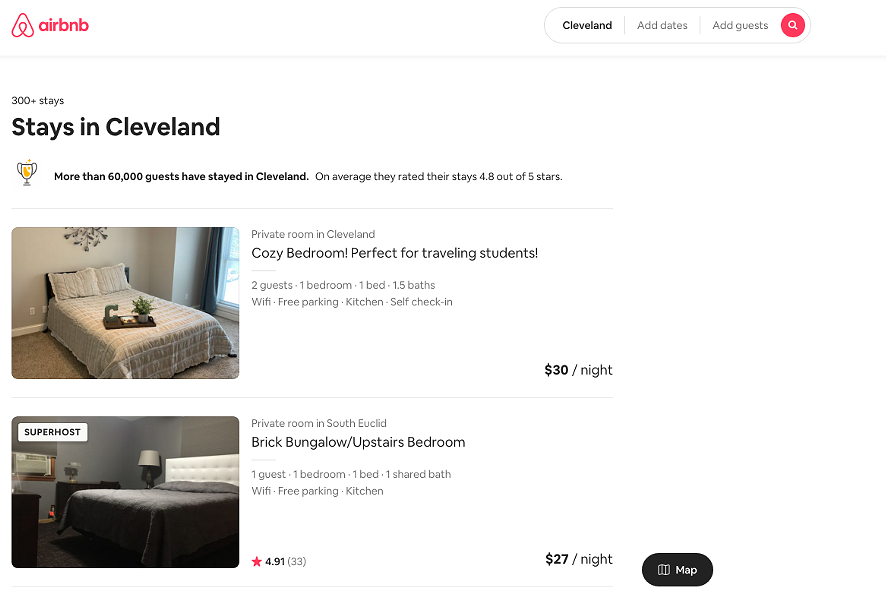 Airbnb announced today that it has suspended or completely removed 25 listings in Cleveland for properties that have violated the company's policy prohibiting parties or events during the coronavirus pandemic.

"The vast majority of hosts in Cleveland and throughout Ohio contribute positively to their neighborhoods and economy, and they also take important steps to help prevent unauthorized parties - like establishing clear house rules, quiet hours, and communicating in advance with their guests," the company said in a release. "Our actions today address the small minority of hosts who have previously received warnings about hosting responsibly or have otherwise violated our policies. The actions were communicated to the hosts over the past week."

Similar actions were taken in Columbus and Cincinnati.

“We all have a role to play in reducing the number of parties and large gatherings during the pandemic,” Alex Dagg, Northeast public policy director for Airbnb, said in a statement. “We hope to raise greater awareness of our 24/7 neighbor support line, which helps us strengthen the enforcement of our ban on parties in Cleveland and across Ohio.”

Airbnb has instituted a host of restrictions meant to deter listings from being used for parties and gatherings this year. The actions taken, the company said, came after complaints directed to its 24/7 hotline.