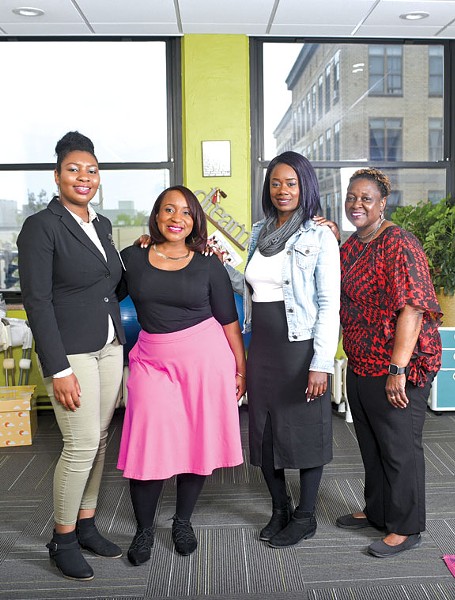 The George Gund Foundation announced Thursday that it will award $1 million to the nonprofit organization Birthing Beautiful Communities to open a "comprehensive birthing center" in Hough.

The grant was one of several of a million dollars or more announced at the Gund Foundation's annual meeting, and one of many directed to Black-led organizations. The Birthing Center, which BBC Executive Director Christin Farmer said would be the only free-standing center of its kind in the state of Ohio, will work to decrease the rates of maternal morbidity and infant mortality among Black women and babies in Cleveland "by providing quality care that leads to healthy maternal and infant birth outcomes."

While infant mortality has dropped in recent years in Cuyahoga County, the disparity in death rates between white babies and Black babies is still extreme.

Farmer founded BBC back in 2014 with a grant of less than $5,000. Through her dedication and leadership, she has grown it into one of the more impactful small nonprofits in Cleveland.

We are beyond excited and thankful for the award of $1,000,000 from The Gund Foundation to build a comprehensive birthing center in the Hough neighborhood! What a huge step toward racially equitable birth outcomes! Grateful to our staff and board. 🤗https://t.co/yXKlKELdLx

The Gund Foundation announced a total $18,206,680 in awards Thursday, many of them specifically aimed at combating climate change and racial injustice.

In addition to the BBC grant, Gund awarded $1.25 million to Growth Opportunity Partners for its work developing solar energy projects; $1.25 million to the Urban League of Greater Cleveland; $1.1 million to Cleveland VOTES, for three years of operating support; $450,000 to PolicyBridge; $450,000 to the Cleveland NAACP; $500,000 to the United Black Fund; and $300,000 in operating support to HOLA Ohio, primarily for its service work with immigrants and refugees.