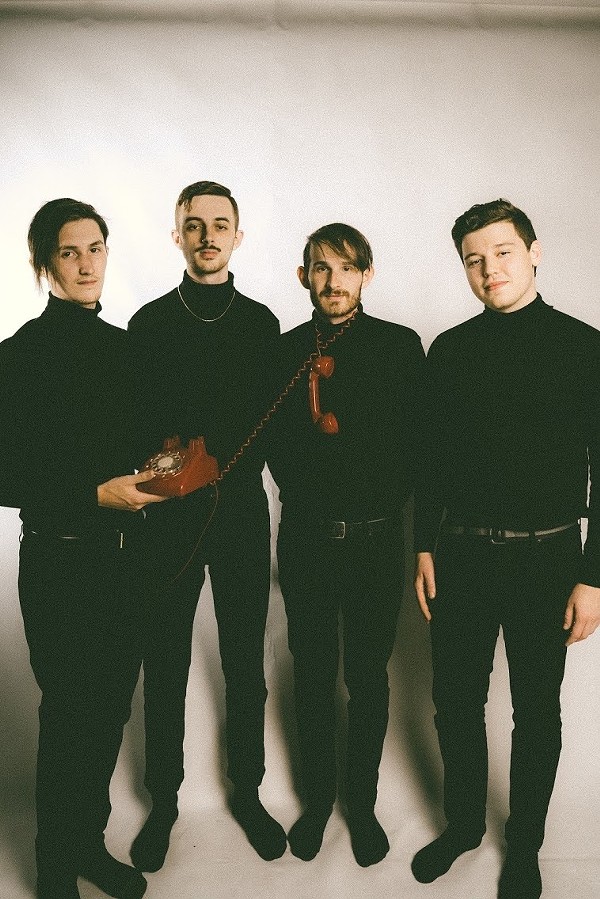 “Eulogy is about taking all the pain and sorrow that comes with loss and giving yourself permission to really feel it and have those more vulnerable moments with yourself,” says lead vocalist/guitarist Patrick Farmer in a press release. “[It's about] even being thankful that you can feel because it means that the memories you had and the love you felt mattered. At the end of the journey, though, it is also about cherishing the connections you still have and embracing them instead of being afraid. Even though that can be challenging, it is worth fighting through.”

Since the release of that EP, the band has played shows with Better Off, Overgrow, Better Love and Signals Midwest. The addition of Nate Gliebe and guitarist Christian DeLaat finalized the group's lineup.

Rusted Hearts has spent the better part of this year continuing to work on new music while finishing its second EP, Waiting Room, which came out earlier this month, and preparing to release the final chapter of their trilogy with an EP that'll arrive in early 2021.

Just today, the group released a new music video for the single “Absent.”

The clip was filmed in downtown Cleveland.

The songs on the EP “explore that intangible space with a vulnerable sincerity and instrumentals that immerse you into the story while guiding you along,” reads a press release.

“Waiting Room as a whole is about attempting to push your way through grief,” says singer-guitarist Patrick Farmer. "[It's about] feeling stuck in this place not knowing where to go, what to do, or even how it’s supposed to feel from there on out. You’re just stuck in the waiting room waiting for comfort to call your name.”