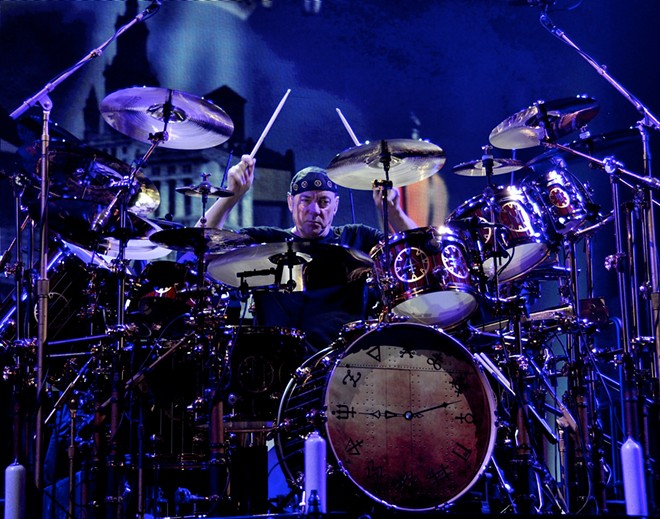 In the past, a local gallery has hosted the show. This year, however, on account of the pandemic, the exhibit dubbed Sonic & Iconic: A Virtual Art Gallery will be virtual and contain a week’s worth of livestreams, events and online galleries.

It all starts Monday and continues through Nov. 29.

Over the years, their previous gallery shows featured around 300 to 400 photos. This year’s virtual gallery will feature more than 1,000 photos. A livestream will take place each night, followed by a showcase of photos. Photos will be categorized, allowing fans to easily search, locate and purchase photos of hundreds of music’s most iconic performers. Pantsios and Kleon are working with NEO Pro Imaging in Cleveland, which will exclusively print and ship all photos sold during the virtual exhibit.

“We are so very elated here at NEO Pro Imaging to once again be working with Joe and Anastasia,” says David Eggert, Owner/President of NEO Pro Imaging, Inc. in a statement. “These two artists have a tremendous body of work covering many decades. It’s an honor to be chosen as their official printer for their upcoming virtual exhibit. Having worked with them on several prior exhibits, as well as Joe’s Kitten Krazy fundraisers, we’ve grown to love and appreciate their work, as I’m sure you will as well.”

Pantsios and Kleon have reportedly dug deeper than ever into their archives for this year’s exhibit and will exhibit some of their never-before-seen photos. Pulling from five decades and thousands of photos of Cleveland area concerts, Sonic & Iconic will feature both some of the biggest acts to play Northeast Ohio as well as a large number of local and regional performers.

As part of the exhibit, Pantsios and Kleon will also livestream a two-part Michael Stanley oral history. Recorded at Kleon’s A Decade of Decibels exhibit in 2013 and at the duo’s Reigning Rock exhibit last year, these two videos have never been broadcast. They were recorded for the nonprofit Cleveland Rocks: Past, Present, and Future and will become part of the Rock and Roll Hall Of Fame Library And Archives.