Forty Years Ago, Four Churchwomen, Including Two from Cleveland, Were Murdered in El Salvador 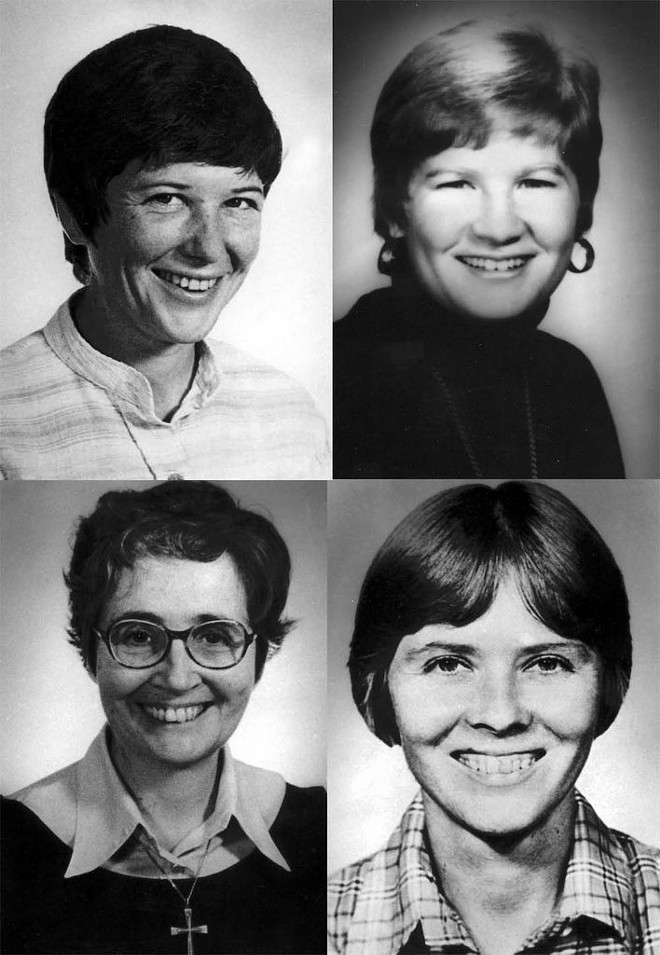 Their murders inspired a broader public understanding in the United States of the atrocities then wreaking havoc on Central America, carried out with the funding, training and ideological support of the U.S. government.

Locally, the murder of the American churchwomen gave birth to the InterReligious Task Force on Central America, a small Cleveland nonprofit that struggles for peace and justice alongside oppressed peoples in Northeast Ohio and across the world.

The murders also led to the locally headquartered Ursuline nuns taking an official stance against the School of the Americas, now called WHINSEC (the Western Hemisphere Institute for Security Operation), where soldiers and paramilitaries were trained in "jungle warfare" and guerilla tactics. Those tactics were deployed with savage effectiveness in the slaughter of not only leftwing militias and their supporters across Central America, but all those who expressed concern for the poor — and by extension, opposition to regional oligarchies and their ultimate masters, U.S. corporations — including religious leaders like Oscar Romero, who preached a gospel of liberation theology and condemned the violence of the Salvadoran government and the national guard.

A number of events have been planned today to honor and remember these women, who gave their lives serving the poor in El Salvador. Among them will be a panel discussion at 4 p.m. featuring local Ursulines and international sisters who continue the martyrs' legacy.