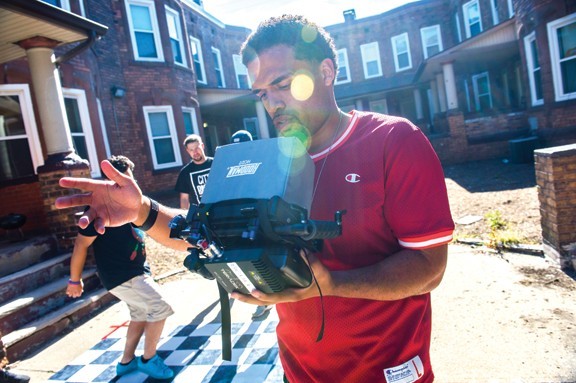 The digital "Between the Screens" event, hosted by GCFC, will touch on many of Caple's biggest projects, including The Land, Creed II and HBO's forthcoming Emmett Till miniseries. It will also include an audience Q&A.

Caple grew up on Cleveland's near west side and went to Baldwin-Wallace University before attending the film school at USC. He remains a committed exponent of his hometown. He poured his heart and visual style into 2016's The Land, which told the story of four Cleveland teenagers and premiered at that year's Sundance Film Festival. His vision and leadership has earned him directing gigs on some of Hollywood's biggest-budget projects.

Deadline reported last month that Caple Jr. has been tapped to helm the next Transformers film, the seventh in the Paramount Pictures franchise, in a reinvented cinematic universe. Scene profiled Caple Jr. as part of its 2016 People Issue.

The Zoom event will be Thursday at 7 p.m. A $20 donation is requested for attendance. (You can register online at clevelandfilm.com.)