Justin Herdman, U.S. Attorney for the Northern District of Ohio, Announces He's Going to Make a Lot More Money in 2021 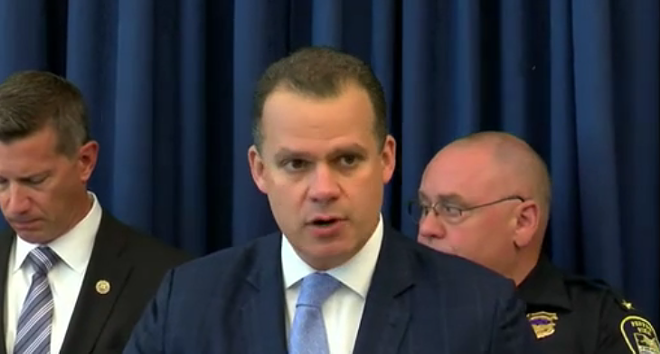 Justin Herdman, the U.S. Attorney for the Northern District of Ohio, today announced that come 2021, he will be making gobs and gobs more money than he does today.

The Harvard Law grad and one-time Jones-Day partner will be resigning, effective Jan. 8, from the office he's held since August of 2017.

“To serve as U.S. Attorney for the Northern District of Ohio for these past three years has been a singular honor,” Herdman said in a press release. “There are not many jobs where you can work every day to ensure the safety and well-being of millions of your neighbors and friends. Northern Ohio is where I grew up, it is where my wife and I chose to raise a family, and it is where I have always wanted to spend my entire career. To have been offered an opportunity to contribute, even in a small way, to the future of our community is the privilege of a lifetime.”

Whether he returns to Jones-Day or sets up shop at another megafirm, Herdman will be pulling down an earning that dwarfs, by magnitudes, his current government salary. At least while he remains in the private sector.

President Trump in May announced his intentions to nominate Herdman to be the next U.S. Attorney in D.C., an office that had endured a messy recent history revolving around its treatment of the Roger Stone and Michael Flynn cases. The administration never sought a confirmation vote, however, and Law.com reported this summer that there were questions "within the office and larger Washington legal community about the Trump administration’s level of commitment to Herdman’s confirmation, according to people familiar with the reactions of career prosecutors."

The May announcement, regardless, came late in Trump's first and only term as president.

His office passed along a laundry list of accomplishments made during his tenure but the public might be most familiar with Herdman's stirring speech delivered on the occasion of the indictment of a white nationalist. It's the stuff of could-be politicians' dreams.