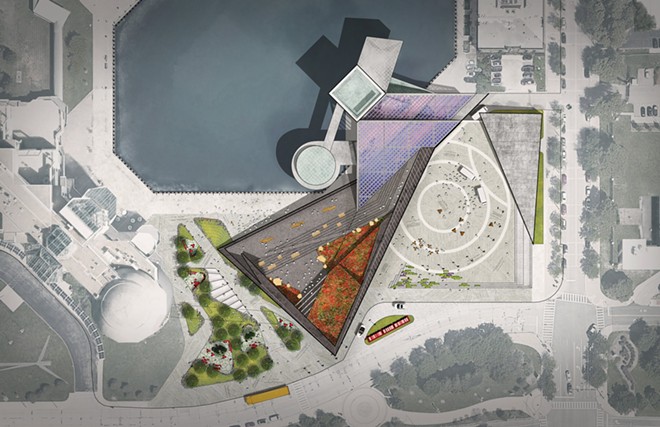 The Rock Hall today announced its plans for a $100 million expansion that will add exhibit and event space, including a lakeside band shell, creating what the museum envisions as a campus-like feel to the area and a connector to adjacent attractions.

The designs depict a triangular shape — like a guitar pick — jutting into the familiar glass pyramid designed by I.M. Pei.

PAU has been chosen as the architecture firm to lead the project.

Original expansion plans estimated a $55 million project but as they've evolved the grand total has grown.