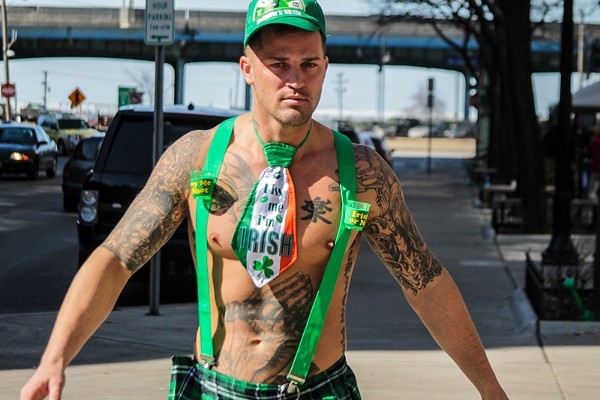 The annual St. Patrick's Day parade was one of the first large-scale events in Cleveland to have been canceled in March of last year at the onset of the pandemic.

At that point, and it feels like not just another year but another world ago, Ohio Gov. Mike DeWine had merely made the suggestion that parades and large gatherings be called off. As of March 11, there were no formal restrictions, there had yet to be a single death of an Ohioan due to the pandemic, and the first heavily-restricted covid testing sites were just getting up and running in Cleveland.

One year from that point, a lot will have changed and while there is hope that life will soon begin to inch back to normalcy, there will once again be no St. Patrick's Day parade down Euclid, the organizing committee announced last night.

The health and safety of our community is our greatest priority. We must act in the best interest and well-being of all organizers, volunteers, participants, and spectators. Though we are disappointed to announce the cancellation, the Cleveland St. Patrick’s Day Parade Committee is committed to presenting the next Parade on March 17, 2022.

We thank you for your support and understanding and look forward to next year!

That's the same way they ended last year's announcement, but hopefully this time next year will actually happen.