Christine Priola, the former CMSD employee who was captured on tape by a Getty photographer on the floor of Congress during the riots at the Capitol, has been charged with knowingly entering or remaining in a restricted building, violent entry to the Capitol, and unlawful activities on Capitol grounds. The charges were reported first locally by John Caniglia of Cleveland.com. 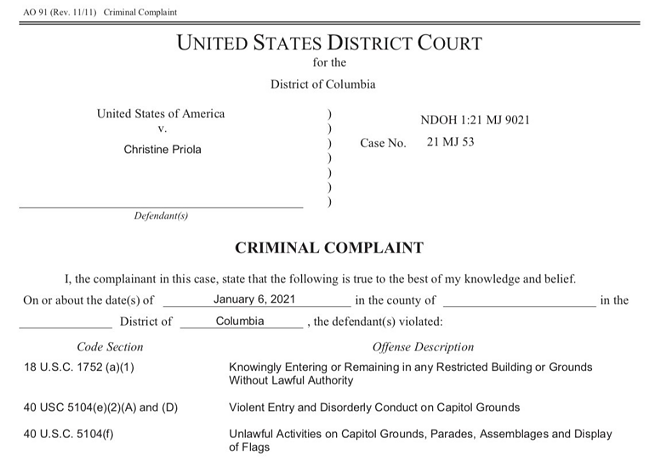 Her case will be transferred to a federal court in D.C. where prosecutors are working cases of those arrested and charged in the riots.

Priola's residence was searched by FBI agents last week after she was identified in photos circulated by authorities seeking tips.

That came the day after she submitted her resignation to the Cleveland Metropolitan School District in a letter that repeated QAnon conspiracy theories.