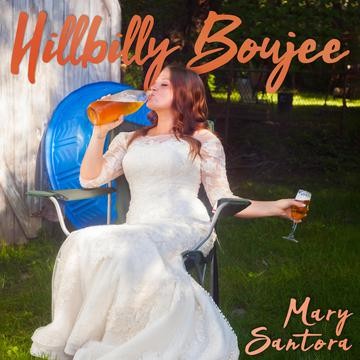 A pre-sale for the album has just started.

Santora has worked as a standup comedian for the past 10 years. Scene named her the Best Female Comedian in 2016, 2017 and 2019, and she won a Cleveland Comedy award in 2019. Thrillist magazine named her Best Undiscovered Comedian in Ohio.

On Hillbilly Boujee, Santora cracks jokes about her childhood and about her called-off wedding.

She says the album title aptly describes her contradictory impules.

“['Hillbilly boujee'] means I have the latest iPhone, but the screen is always cracked,” she says.

“The opportunity to record my first album in my hometown in front of family, friends and fans who have been supporting me since the dive bar open mics was an incredible experience,” says Santora in a press release. “I’m so grateful for the community’s continued support, and I am looking forward to sharing my story and dark sense of humor through this album.”