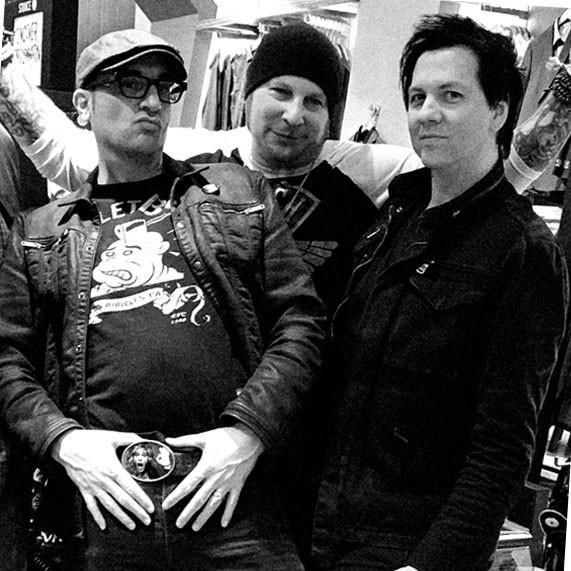 Way back in 2010, Cleopatra Records released the Rotten Bastards’ debut, Year of the Bastard. Recently, the local (two members live in Cleveland, and a third calls Los Angeles home) gutter glam band acquired the rights back from that album and has just released the follow-up, Bastard of the Year.

“The songwriting has matured, but the Bastards have not. We’re like boys in men costumes,” says singer-bassist Dale Baker in a press release. “The music and lyrics are still about sex, love and pain, but with 11 years of experiences under our belts, and I mean directly below our belts…Really, the biggest change fans will notice is that Christian, the lead singer on Year of the Bastard, was unavailable for recording, so [guitarist-keyboardist] Skyla [Talon] and I split up the vocals, melodies and lyrics.”

The group just issued the new album’s snotty first single, “Here’s to Us.” It also put out an accompanying music video.