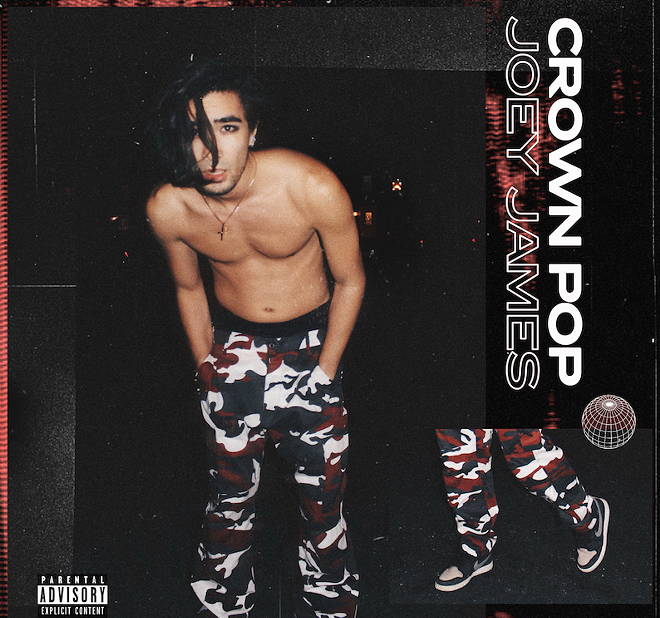 Local singer Joey James has just announced that he'll drop his second album, Crown POP, a five-song EP, on all music streaming platforms on Feb. 19. The new record is a mix of '80s pop and alternative rock, a departure for James, who's known as a hip-hop/R&B artist.

"I admire hip-hop; it's a genre I listen to on a daily basis,” he says. “But when I first recorded [the Killers-like synth-pop track] 'Melrose,' I felt like this was the kind of music I needed to be making. The hip hop/R&B scene has so many talented artists already, and I had to ask myself, what am I going to do for hip hop? What am I going to bring to the table that the next kid hasn't already? I knew that just because I loved and admired a piece of work, didn't necessarily mean I needed to create it. Once I finished recording [the song] 'GO GO GO!,' I felt good, like this is the direction I needed to be going in."

James recorded Crown POP at Spider Studios in Olmsted Falls with studio owner and engineer Ben Schigel. James worked with producers from around the country and even the world.

Sighost, a producer from Moscow, worked on "Melrose."

James says his new music touches on his experiences in Los Angeles, where he lived for a short time, and the album features some "typical '80s-inspired love songs."

A music video for "GO GO GO!" will premiere on March 3.