Car Dealer Bernie Moreno Resigns from MetroHealth Board of Trustees

Bernie Moreno, the luxury car dealing blockchain enthusiast and possible U.S. Senate candidate, resigned his seat on MetroHealth's board of trustees last week. His term wasn't set to expire until 2025.

A Metro spokesperson confirmed the news to Scene after a Twitter user noted that Moreno's bio and name no longer appeared on Metro's site.

"Mr. Moreno resigned from the Board last week. We are grateful for his service," the spokesperson said.

Moreno, who was said to be a favorite of MetroHealth CEO Akram Boutros, didn't respond to a request for comment from Scene.

"Recent events and a worrying political climate in our nation have awakened in me a different, yet urgent, call to service," Moreno wrote in his resignation letter, which you can read in full below. "There is a healing that must take place in our Nation for it to survive. As Bridget and I carefully weigh my political future, I want to ensure that MetroHealth can remain where all treasured community assets must remain, above politics and conflicts of interest, real or perceived. Therefore, it is best that I resign my position with the board, effective immediately."

His tweets and opinions on the coronavirus pandemic have drawn criticism with regards to his board position at a public hospital, including a Change.org petition that last year called for Metro to boot him based on some of his more fringe-y contentions on a virus that has killed 500,000 Americans.

Metro's ten-member board is appointed by the Cuyahoga County executive with confirmation by county council.

Armond Budish, who appointed Moreno in 2019, didn't respond at the time to requests for comment on the petition from Scene.

Yesterday, a spokesperson told Scene the executive was unavailable for comment on Moreno's resignation as well but noted he would seek a qualified candidate to fill his seat as soon as possible.

With the expiration of Arlene Anderson's term at the end of February, there will be two seats to fill. 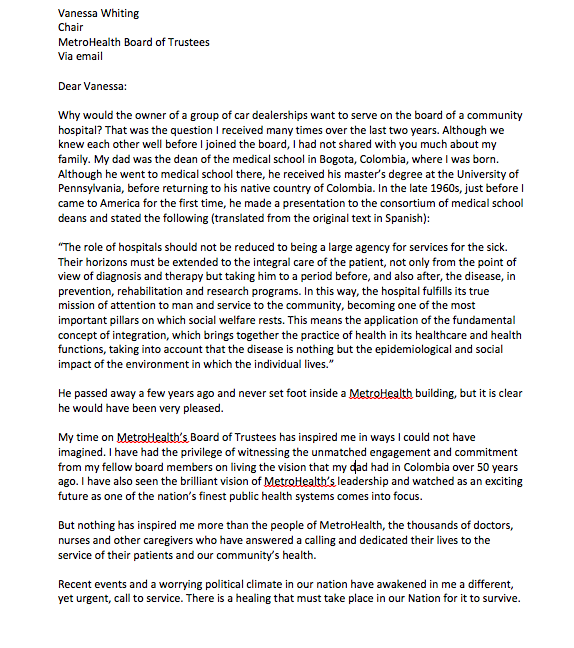 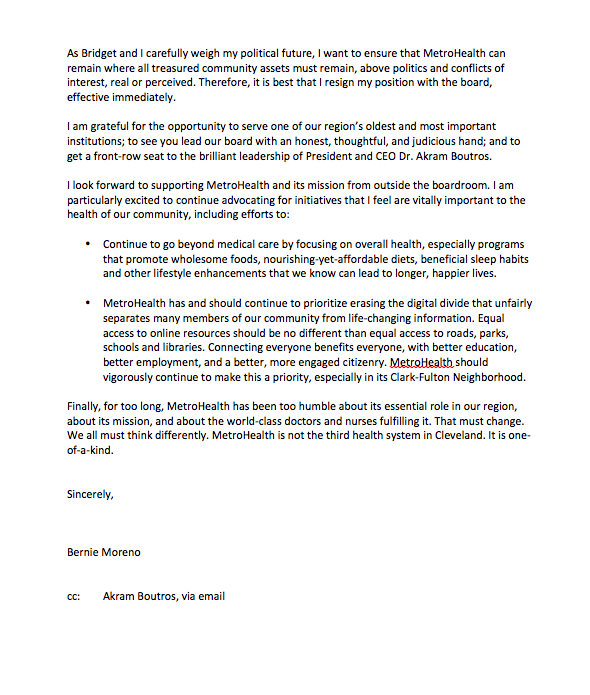