The Plum Has Closed. Will Reopen as Heart of Gold, a ‘Fast-Casual Neighborhood Bar’ 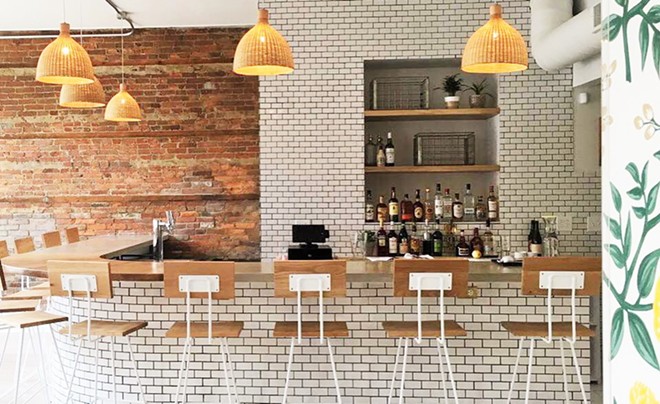 This April would have marked The Plum’s fifth birthday, but sadly the wildly creative Ohio City bistro will not reach that milestone. Owner Jonah Oryszak announced that he and chef-partner Brett Sawyer are parting ways and that the space will reopen under a different banner and concept. He described Heart of Gold, the Plum’s replacement, as a “fast casual neighborhood bar and kitchen focused on thoughtfully composed inventive food and drinks.”

"The Plum was a magical place for five years," Oryszak stated in a Facebook post. "We hosted family and friends, wedding parties, divorce parties, baby showers and anniversaries. The relationships forged and community it brought together was truly special. We thank everyone who has supported us over the years from the bottom of our hearts. You truly mean the world to us and the overwhelming support during this past crazy year has been heartwarming."

Meanwhile, chef Sawyer, who described the events as “bittersweet,” will now focus his attention on Good Company, his two-year-old Battery Park pub.

Reached for comment, Sawyer told Scene: "The last 5 years running The Plum has been an amazing ride. When we opened the Plum in Spring of 2016 all we wanted to do was bring something fresh to the city of Cleveland. I feel as though we accomplished that in spades. We were fortunate enough to consistently have some of the most talented industry folk on our side through it all, whether it be in the kitchen, behind the bar, on the floor or at the table. Not to mention our amazingly supportive guests and for that I am extremely grateful. With the world and the industry changing we are looking to the future. My partners at Plum and I decided to close at the end of October to make it through to the spring. With that we discussed what our options would be in the ever changing landscape of restaurants. As the months passed and there were personal and professional changes within our team, we decided that the best move going forward would be to reinvent. With that I had an opportunity to step away as an operator and put more focus on my other endeavors both current and future. My partners at The Plum are my family and we will always be that. I am excited about the next steps for all of us. I am looking forward to being a part of the much needed change and future of the restaurant industry at Good Company and beyond."