DNA Will Be Tested in Grisly Cleveland Cold Case From 1969 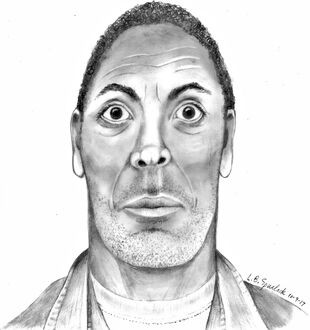 On the morning of August 29, 1969, Frank Forney dropped off his 15-year-old stepson, Danny Little, at a property he owned on E. 82nd St. to clean up the lot and burn the trash. This was near the tracks, not far from an old factory and there was junk everywhere. The boy spotted a barrel abandoned in the field next door and figured he could burn the trash inside it. So Little rolled it over and as he went, he noticed a foul smell. When he unsealed the top, the boy discovered a body inside.

The victim was a young, Black man who had been shot nine times. His legs had been sawed off before he was placed into the 55-gallon-drum and covered in some kind of caustic fluid. Then-Cuyahoga County Coroner Dr. Charles Hirsch also found the victim had suffered significant blunt force trauma to his head.

Cleveland police attempted to identify the man, to no avail, even though they had some good clues. He was found wearing a Waltham wristwatch and a gray metal ring with a blue stone on his 4th finger. He also sported a tattoo – the name, Sally — on the inside of his left forearm. Based on the narrow shape of the man’s skull, it is believed he may have had Crouzon Syndrome, which would have made his eyes appear to be bulging, giving him a very distinct look.

Detectives wondered if his murder was connected to the Black Panther Party.

It’s not a big leap to believe that the Doe in the barrel might have been connected to the Panthers in some way. In the 1960s, the east side of Cleveland was a powder keg of racial tension. There were the Hough riots, in 1966. And then, just a year before the unknown man’s murder, there was a four-hour long shootout in Glenville, between police and a group called the Black Nationalists of New Libya, which led to the deaths of three policemen and three suspects. After decades of Jim Crow laws, black nationalism was on the rise. Some organizations in Cleveland were peaceful. Others, not so much.

The FBI had confidential informants inside the Cleveland chapter of the Black Panther party who fed them a steady stream of information about members as well as the logistics behind a distribution network that circulated propaganda newspapers from of their headquarters in Queens. Was the dead guy a member of the Panthers or the Nationalists of New Libya or some more extreme group? His murder – shot nine times, beaten, sawed in half – certainly has all the hallmarks of an organized hit.

But to this day, nobody knows this man’s name. Nobody has found Sally, who he memorialized on his arm. Fifty-two years have gone by.

This man’s death is an untold part of Cleveland’s history and new science may be our best shot at uncovering it. The Porchlight Project, a local nonprofit dedicated to solving Ohio cold cases, has agreed to completely fund the DNA tests and genetic genealogy that could lead to finally identifying this victim.

The Porchlight Project recently assisted the Cuyahoga Falls Police Department by providing the funds to test DNA in the 1987 unsolved murder of Barbara Blatnik, which led to the arrest of James Zastawnik for Blatnik’s murder last May.

“At the Cuyahoga County Medical Examiner’s Office, we never give up hope that we may provide closure to families and bring criminals to justice even years after a death has occurred,” says Cuyahoga County Medical Examiner, Dr. Thomas Gilson. “We are very eager to partner with The Porchlight Project on this case and hope that our effort will be successful. It would also be uniquely satisfying to me to see this case through to completion as the late Dr. Hirsch, the original coroner, was my teacher in forensic pathology.”

Last week, the Medical Examiner’s office shipped a piece of the victim’s bone to Othram, Inc., a one-stop-shop for DNA testing and genetic genealogy in Texas. Othram’s scientists are experts at recovery, enrichment, and analysis of human DNA, even when the sample is small or degraded.

“Othram’s DNA profiles have been used to identify victims from some of the oldest forensic evidence and we look forward to helping advance this case,” says David Mittelman, Othram CEO.

Should the fifty-year-old bone prove to be viable, the lab at Othram will then identify the specific markers in the man’s DNA profile that are used to match with relatives who have uploaded their profiles into public databases like GEDMatch and FamilyTree. With a little luck, a match in a database will lead genealogists to the family of the deceased and, from there, to his identity.

James Renner is a former writer for Cleveland Scene and the founder of The Porchlight Project. To learn more, please visit porchlightonline.org.