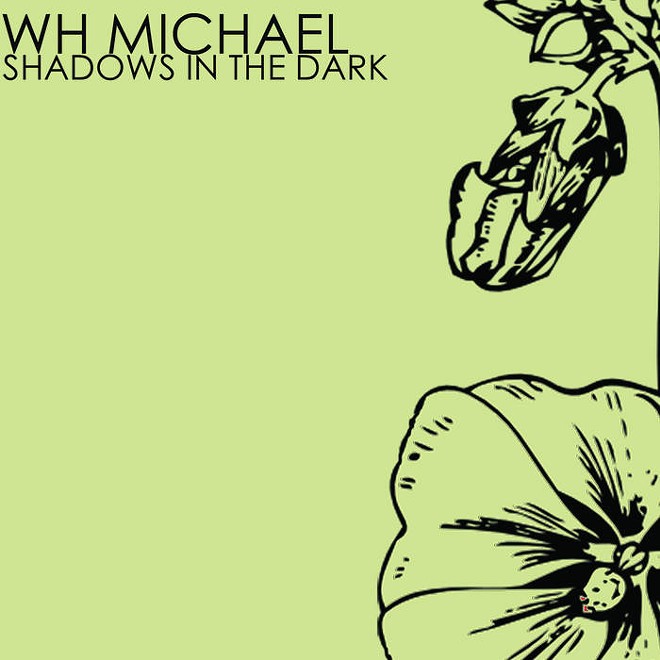 Local singer-songwriter WH Michael, a presence on the local music scene since the mid-’90s, addresses what he sees as a disconnect between the media and local music scene on his new concept album Shadows in the Dark, out this week via the Eleventh Hour Recording Company.

“I just saw the way that the local media kind of shuns its homegrown talent,” says Michael in a press release about the LP. “And this album is a reaction to that in a way. There’s a really good young band right now that we’re trying to help get the word out about called Eddie and the Pistachios, a really solid rock and roll with kind of a light hint of barbeque as an aftertaste. Tried to get them on some local TV and print media, and we just got nowhere. I told the kids not to be discouraged, but the lead bass player has already kind of given up and gone back to school to be a barista, so they’re just pushing through, you know. We’ll be heading down to Portsmouth later this month to play a benefit for this kid that got a couple of his toes stuck in a thresher and needs help with his medical bills. This album kind of chronicles the steps and hardships of navigating that whole process.”

The band recroded the album, which Michael says comes off as a cross between Bauhaus and early Frank Yankovic, in an abandoned airplane hangar behind Cleveland Hopkins International Airport in between tours of Western Ohio.

“You know, I’ve got a full schedule already, but I needed to get this music down and recorded,” says Michael, who says he thinks he's developing carpal tunnel in his hands. "I’m really not sure how much longer I’ll be able to do this.”

Shadows in the Dark can be purchased and/or streamed at eleventhhourrc.bandcamp.com/album/shadows-in-the-dark.