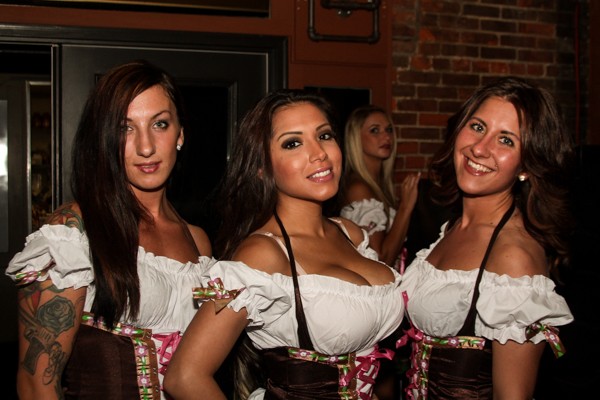 The Barley House restaurant and nightclub remains open in the Warehouse District after a Franklin County judge granted a motion to stay the revocation of its liquor license previously ordered by the Ohio Liquor Control Commission due to repeated violations of the state's Covid guidelines.

It was set to lose its license to serve beer and booze earlier this week but, in its appeal of the state's order, will continue to operate as the legal battle plays out.

"As predicted, I'm not losing," owner Bobby George told Scene. "I will do whatever it takes to protect my business, as predicted in my previous comments on the issue. Barley was the first [bar] to win a stay in the state."

The motion for a stay was unopposed by the Liquor Control Commission.

Barley had concurrently filed a separate lawsuit against Gov. Mike DeWine and health director Stephanie McCloud contesting that the state's public health orders were unconstitutional. It has since dismissed that suit.

As George noted, other bars whose licenses have been pulled have not been allowed to reopen as their appeals play out.

Covid violation penalties, meanwhile, have been a recent topic at the Statehouse where the state's Republican majority overrode Gov. Mike DeWine's veto of SB 22 which will allow the legislature to cancel any emergency health orders after 30 days: Newly introduced House Bill 127 from sponsor Rep. Derek Merrin (R-Monclova Township) would vacate all Covid violations issued to businesses in the past year and prevent future health orders from including punishments to operators.