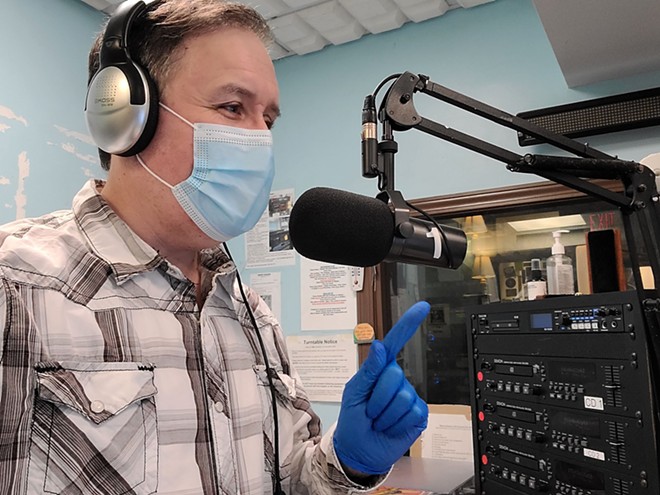 WRUW-FM’s annual telethon was cancelled in 2020 in the hopes of redirecting financial support to nonprofit organizations in need of the support.

This year, however, the radio station will once again host its pledge drive from April 5 to April 11. It hopes to raise the nearly $65,000 needed to fund its yearly operating budget and pay for the equipment needed to continue remote broadcasting and then return to the studio in late 2021.

During the pandemic, WRUW DJs have been unable to broadcast from the studio. As a result, the all-volunteer staff of students and community members switched gears and produced new content from home to ensure that WRUW-FM, a fixture on the Cleveland airwaves since 1967, carried on.

“During a year that made disparities between those with internet access and those without even more apparent, WRUW continued to provide music, news, and information about free resources to the Cleveland community without needing a subscription to stream,” reads a press release about the upcoming telethon. “Independent venues, movie theaters and other cultural programming were hit hard by closures and regulations, yet new music produced locally, nationally and internationally found a place to be heard on the left end of the dial.”

“The most gratifying year of programming at WRUW has been during the pandemic,” says Brandt Fundak, host of Cream of Broccoli Radio Hour, in a press release. “I've heard from a number of listeners who have told me that they appreciate what WRUW programmers have been doing to keep one small bit of normalcy in their lives.”

Donations to the WRUW can be given online at telethon.wruw.org.