Savage Love: I Snooped On My Boyfriend's Online Activity. Should I Confront Him or Feel Bad About Invading His Privacy? 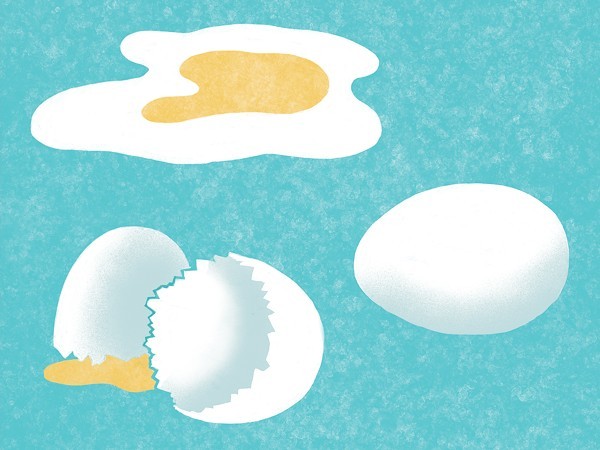 I've been with my boyfriend for two-and-a-half years, and we have a great relationship — or so I thought. Last week, I snooped on my boyfriend's browser history and I don't know what to do with what I found. I'm a longtime reader and Savage Lovecast listener SO I KNOW WHAT I DID WAS WRONG. I believe my actions were driven by (1) lingering trust issues (a while ago, I found out my boyfriend had been looking at Tinder since we'd been together, though I don't believe he ever messaged or intended to meet anyone) and (2) my general anxiety/depression, which seems particularly high one year into the pandemic. Now, to what I found: My boyfriend has been looking at random women on Facebook — not people he's friends with or people in his immediate network, so far as I know. And then he clears his activity log. What do you think this means? Where is he finding these names/women? Is he using these pictures to masturbate? Should I raise the issue with him or just feel shitty about invading his privacy? He gives me no other reason not to trust him, I should say, and he seems like a pretty open book. (Everyone in my life who knows him agrees.) However, I can't shake the fear/paranoia that he's living a double life, and I don't want to be blindsided. I would appreciate your insight.

My position on snooping is more nuanced than you think. To quickly summarize: I DON'T NECESSARILY THINK WHAT YOU DID WAS WRONG. I mean, snooping is wrong and I believe people have a right to privacy — even partnered people — but sometimes a snooper finds out something they needed to know and/or had a right to know. A woman who finds out her husband has been sneaking off to big gay sex parties and taking loads until cum bubbles are coming out of his nose and then goes home and has unprotected sex with his her? Yeah. She needed to know that, and her husband doesn't get to play the wronged party because his wife found out about it by snooping on his phone.

My position — my maddening position (as it seems to madden some) — is that snooping can only be justified retroactively. If you learned something you needed to know and had a right to know, the snooping was justified. If you didn't, it wasn't. A person should only snoop if they have other evidence or cause for concern — some will regard your boyfriend's harmless interactions on Tinder as grounds, some won't (for the record: I don't) — and just being a jealous or insecure or paranoid person doesn't count. Additionally, anyone who is tempted to snoop with or without cause needs to consider the not insignificant risk of finding something they (1) didn't need to know and (2) can't unknow. I once got a letter from a man who snooped on his wife's computer and discovered that she had, years before they met, slept with her brother — just the once, and shortly after they met for the first time as adults. But the husband didn't need to know that and couldn't unknow it and knowing his wife had slept with her brother messed up his sexual relationship with the wife and his ability to enjoy family gatherings.

So you snooped, SNOOP, and what did you find out? Something you didn't need to know — your boyfriend isn't cheating on you, he doesn't have a secret second family in another city, he doesn't spend every other Friday duct-taped to a sling in a gay sex dungeon. All you know now that you've snooped that you didn't before is ... well, all you know now is something you should've known all along. Your boyfriend, like most people's boyfriends (mine included), likes to look at people on the Internet. If you have no other reason to suspect your partner is cheating on you, SNOOP, then you'll have to do what everyone else does and give your partner the benefit of the (very trivial) doubt here. Discreetly checking out the hotties on the street or on Facebook or even on a dating app is not cheating. Masturbating to images, mental or otherwise, of other women or men or non-binary folks isn't cheating. What you found is not, by itself, proof that your boyfriend is cheating or plans to. So your snooping is not, I'm sorry to say, retroactively justified, which means you'll have to shut the fuck up about it.

Your boyfriend is entitled to a zone of erotic autonomy. If he's checking out hot people on the Internet and having a wank every once in a while but not touching anyone else with the tip of his penis or the tip of his tongue or the tips of his fingers or with any other part of his body that he's pledged to you and you alone — and if he's not neglecting you sexually and if he's not being inconsiderate (clearing his browser history/activity log isn't evidence of guilt; it's evidence of consideration) — then he's done nothing wrong here. Only you have.

Finally, if your boyfriend demanded a zone of erotic autonomy for himself but denied you the same — if he checked out other women online or off but blew up at you for checking out other men or being checked out by other men — then you'd have a problem of a different sort, i.e., a controlling, sexist, and hypocritical boyfriend. Thankfully, SNOOP, your boyfriend doesn't appear to be any of those things. That doesn't mean you couldn't be blindsided by him at some point — just because someone hasn't cheated yet doesn't mean they'll never cheat ever, not finding evidence that he's cheating doesn't mean he isn't — but there's no need to tell him what you did or confront him with what you found. Which is nothing.

I was born and raised in the Middle East in a culture of "a girl doesn't have sex until she gets married." I am heterosexual and 33 years old and living in United States now. I've had multiple sexual partners. But I'm always conflicted when it comes to having sex for the first time when dating a new guy. If things don't go right after having sex and we wind up splitting, I always associate that with having sex too soon. I would like to hear your opinion on this matter.

The fastest way to find out if someone only wants sex from us is to fuck 'em. If they stick around, great. They wanted sex, obviously, but not just sex. If they disappear we didn't want them to, well, that's obviously not so great. But if you enjoy the sex and you're not devastated when a guy decides, for whatever reason, that he's not interested in pursuing things further after you've had sex once or twice, SPLIT, then fuck the guys you like and get serious about the guy (or guys) who stick around. But if you feel used and/or devastated when things "don't go right" after sex, you might want — for your own sake — to put sex off for a while. Since a guy who's only interested in sex isn't going to wait weeks or months to have sex with you for the first time, waiting will weed out guys who aren't interested in the possibility of a relationship. Waiting is no guarantee a relationship will last, SPLIT, just as jumping into bed right away doesn't always lead to failure. I'm not advising you to do what's right here, SPLIT, but to do what's right for you.

Also, there are lots of ways to define "things going right" after sex. Whether you had sex on the first date or sex after dating for three months, if the sex was bad and you didn't enjoy it — if the guy was inconsiderate or unhygienic or not invested in your pleasure or all of the above — never having to see that guy again would definitely count as "things going right."