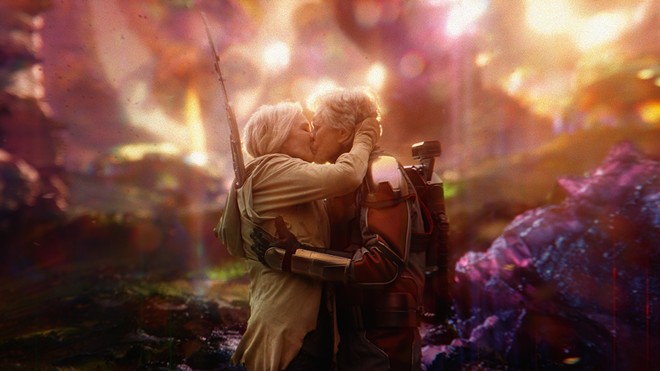 The Cleveland Clinic and IBM announced a major partnership this week that will make quantum computing, and the theoretical research there from, a key component of the new Global Center for Pathogen Research & Human Health, itself a cornerstone of the new state-funded Innovation District that pairs regional universities and hospitals with an eye toward R&D and job creation.

Quantum computing can get pretty esoteric in a hurry, so we won't bother trying to hash it out beyond the basic premise, which is that there are some problems too complex for even the world's biggest and most sophisticated supercomputers. Quantum computers deal with the sorts of problems for which there's an almost incalculable amount of data, and in theory can crunch all that data in a hurry.

"Universal quantum computers" — this is from IBM — "leverage the quantum mechanical phenomena of superposition and entanglement to create states that scale exponentially with number of qubits, or quantum bits."

Evidently, issues surrounding the world's pathogens, including the ominous horizon of viral global pandemics, are ripe for investigation via this sort of big data computing. The so-called "Discovery Accelerator" program between the Clinic and IBM aims to do just that. The whole point, via the press materials, is to accelerate the pace of discovery in medical research.

As part of this partnership, IBM announced that it will install its first U.S.-based private sector "Quantum System One" on Cleveland Clinic’s campus in Cleveland. In a press release, IBM said it also planned to install "the first of IBM’s next-generation 1,000+ qubit quantum systems at a client facility," also in Cleveland, in the coming years.

Much of quantum computing remains entirely theoretical, and the costs associated with the construction and maintenance of these high-tech machines remain under wraps, but if successful these IBM machines will facilitate ongoing research in healthcare, and are being touted as key ingredients for medical and pharmaceutical breakthroughs. Like dozens of other fashionable partnerships and local real estate development projects in recent years, this, too, is being celebrated as an opportunity to put Cleveland on the map.

The partnership comes, however, after both Cleveland and IBM have had disappointing forays into the arenas of big data and artificial intelligence to solve social ills.

In Cleveland, the Unify Project, a mercurial high-tech nonprofit that was meant to use big data and AI to end poverty (or something), crumbled without ever producing much of anything. It is now Unify Labs, or perhaps Unify Jobs, and appears to have pivoted into an equity and inclusion-focused job board.

For its part, IBM recently put Watson Health up for sale, the Wall Street Journal reported. This was the company's "audacious" plan to help doctors diagnose and cure cancer, among other things, with artificial intelligence. A report in the medical journal STAT found that mismanagement, rapid turnover via layoffs and departures and a culture where marketing was prioritized over science led to the internal combustion of the multibillion-dollar enterprise.

But quantum computing! In an innovation district! That's something else entirely, and something that the overwhelmingly impoverished residents in the zip codes surrounding the Clinic's campus will no doubt enthusiastically get behind.

“Through this innovative collaboration, we have a unique opportunity to bring the future to life,” said Tom Mihaljevic, President and CEO of the Cleveland Clinic, in a press release. “These new computing technologies can help revolutionize discovery in the life sciences. The Discovery Accelerator will enable our renowned teams to build a forward-looking digital infrastructure and help transform medicine, while training the workforce of the future and potentially growing our economy.”