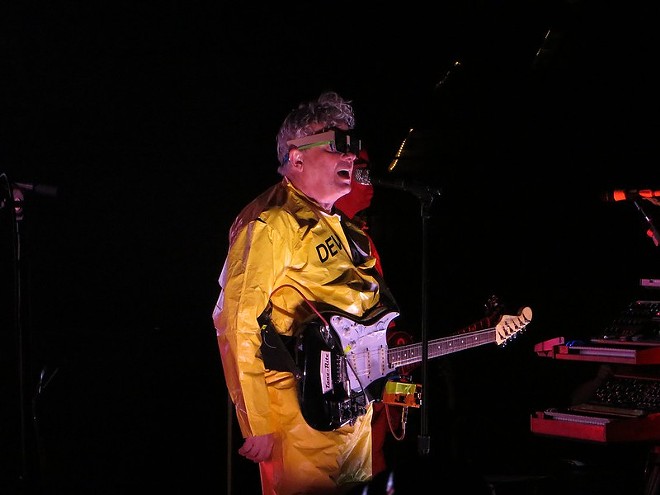 While some folks attempt to "celebrate" April Fool's Day today you can opt to make better use of April 1st by celebrating Devo Day like the city of Akron.

Proclaimed in an effort to whip fan votes to get the band, which was formed in Akron, into the Rock and Roll Hall of Fame, the festivities include 50 energy dome sculptures that will pop up throughout Akron all month with QR codes directing fans to the Rock Hall fan vote website.

Devo is one of 16 nominees for this year's induction class and currently ranks 8th in the fan vote.

“The City of Akron has an unbelievable sense of pride, especially when it involves the success of our people,” Akron Mayor Dan Horrigan said in a statement. “We are, and will continue to be, immensely proud to be the home of Devo and will be rallying this great community to help them achieve the recognition they deserve.”

The top five artists in the fan vote comprise the fans' ballot and will counted with other ballots collected from industry voters.

The 2021 Rock Hall induction ceremony and concert will take place at the Rocket Mortgage FieldHouse on Oct. 30.