Two Men Indicted for Double Homicide at My Friends Restaurant 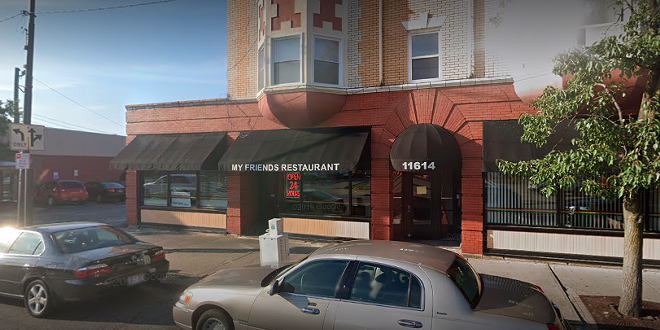 Two men have been indicted on multiple charges related to a double homicide at the west side diner My Friends last week, the Cuyahoga County Prosecutor's office has announced.

Anthony Hunt, 29, and Antonio Ortiz, 25, were indicted by a grand jury for the murders of a 27-year-old Cleveland man and a 23-year-old Euclid woman after a gunfight broke out inside the 24-hour establishment located on Detroit Road near the West 117th Street intersection.

“These individuals fired over 30 shots inside a restaurant full of patrons,” said Prosecutor Mike O’Malley, in a press release. “Two individuals lost their lives and now they will pay the price.”

Both Hunt and Ortiz are now being held at the Cuyahoga County Jail on very steep bonds, ($2 million and $1 million, respectively), and will be arraigned at a later date.