If Sports Gambling is Legalized, Where Should Ohioans Be Able to Bet? 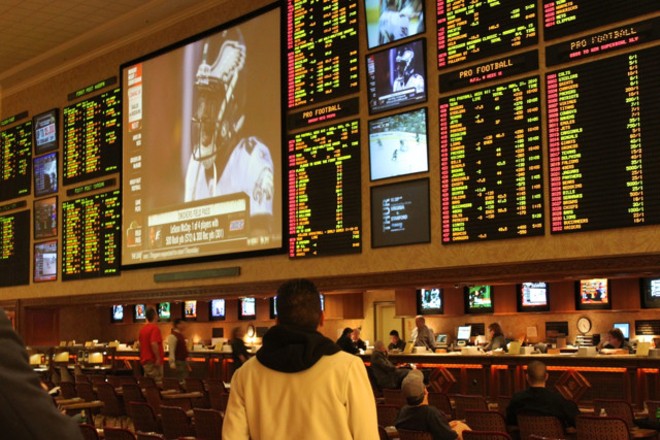 Momentum appears to be growing for legalized sports betting in Ohio.

The key question of where Ohioans will be able to place bets is being debated, and the decision could have major implications for businesses and schools.

One by one, states across the country are embracing this fast-growing industry as a way of capturing tax revenue for public services. If legalized here, Ohioans might be able to place bets inside bars, restaurants and bowling alleys. There could be sports books inserted within the state’s casinos and racinos.

Besides retail betting, gaming advocates envision legal bets placed in Ohio with the touch of a phone.

Ohio lawmakers are expected to soon introduce a proposal to legalize and regulate sports betting in the state. A group of legislators have spent the early months of 2021 hearing ideas from industry leaders about how such a system could work here.

Casino interests want to see sports betting made exclusive to their locations (and online platforms), arguing the existing gambling businesses are uniquely capable of handling the surge of wagers that would follow legalization. Casino revenue goes primarily to the 88 county governments along with the cities where the casinos are located, with one-third of the revenue going to Ohio school districts.

Others want to see sports betting widely offered in small businesses throughout Ohio that already sell lottery and Keno tickets. Ohio Lottery profits go entirely toward funding public education (“Take a chance on education” is part of the lottery’s slogan).

It is unclear which direction lawmakers will go on sports betting; whether it would be placed under the purview of the Ohio Casino Control Commission, the Ohio Lottery Commission or some mixture of the two.

Groups such as the Ohio Fair Gaming Coalition, the Ohio Coalition for Equity and Adequacy of School Funding and a trade association for Ohio bowling alleys are making the case for a “win-win situation” where sports betting is allowed in casinos as well as in smaller lottery retailers.

Doing so, those representing those groups say, would provide a new way for these small businesses to attract customers and bring in revenue.

“Ohio must allow small businesses in all communities to share in the prosperity of this new industry,” said David Corey, executive vice president for the Bowling Centers Association of Ohio.

Corey suggested these businesses’ lottery kiosks could be modified to allow for sports betting.

“The infrastructure is already in place,” he said.

Penn National Gaming, the owner of four Ohio casinos and racinos, is among the interests lobbying state lawmakers to limit sportsbetting to existing casino operators. Already operating sports books in other states, the company argues that casinos are experienced in the industry and are trained to detect any illegal activity such as money laundering.

Corey believes Ohio lottery retailers could adequately handle the influx in money gambled, noting they already have limits on how much can be wagered and paid out at a given establishment.

House Speaker Bob Cupp and Senate President Matt Huffman are both from Lima. Berger said he hadn’t discussed the issue with the Republican legislative leaders directly, but said the two have long championed Ohio small businesses and may be open to these proposals.

With a sports betting legalization bill approaching, advocates like Greg Beswick of the Ohio Fair Gaming Coalition want to see lawmakers take a wide scale approach to the issue rather than picking “winners and losers.”