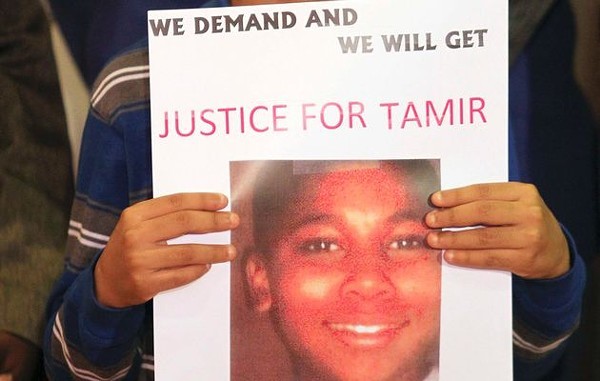 As the New York Times reported in November, the years-long investigation was stymied by a variety of factors, ignored both under the Obama and Trump administrations, and was plagued by dysfunction both on the federal and local level before ultimately, and quietly, being shelved in 2019.

While a Cuyahoga County grand jury declined to indict officer Timothy Loehmann for shooting and killing the teenager, opting to side with the recommendation of former Cuyahoga County Prosecutor Tim McGinty that found the shooting was justified, the Rice family had held out hope that the Feds would bring justice through a civil rights investigation.

They're hope, now, is that that's still a possibility.

Arguing that the DOJ memo closing the investigation disregards what Timothy Loehmann and Frank Garmback said in a prepared statements to the grand jury, the letter says that longstanding issues in the Cleveland police department, including the ongoing Consent Decree, necessitate further inspection by the Feds given the facts of the case.

"Under President Obama, the Department of Justice opened a much-needed
investigation into this case. But President Trump’s political appointees killed that investigation," the letter reads. "Career attorneys at DOJ sought twice to convene a grand jury in this case, only to be quashed by their political superiors. At the end of 2020, in the waning weeks of the Trump presidency—and only after the New York Times and Washington Post revealed the political interference—DOJ formally announced it was closing this investigation without bringing any charges, and without ever convening a grand jury."

"If these police officers had driven into a park in a wealthy, predominantly white suburb, if the boy they saw sitting there under the gazebo was White—is there any doubt in anyone’s mind that that boy would still be alive today? But Tamir was Black and Tamir is dead," it continues. "... But it is vital for DOJ to establish that those who enforce our laws are subject to our laws. The police must be held accountable and prosecuted for criminal wrongdoing. This case
involves the unjustified killing of a child and a prosecution that was thwarted through political abuse. Fortunately, it is not too late to correct this manifest injustice."

Garland, in his first interview since being sworn in as A.G., told ABC last week during stops in Oklahoma City to commemorate the 26th anniversary of the Oklahoma City bombing and in Tulsa where he toured a park dedicated to the history of the 1921 Tulsa race massacre that racial hatred and domestic terrorism remain ever-present threats in America.

"This is a moment where it's important to come to a place like this," Garland said in Tulsa. "The kind of devastation that happened here is the product of the same kind of hatred that led to the bombing in Oklahoma City. ... They are similar — kind — kinds of devastation brought by terrible hatred. And so I felt I needed to see it, face it."

Garland this week announced that the DOJ will open a sweeping civil rights investigation into the Minneapolis police department.