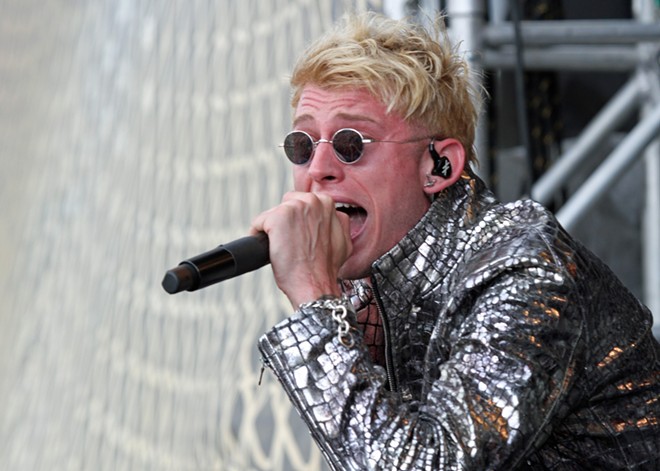 Machine Gun Kelly, hometown hero and NFL draft headliner, is coming to the Rocket Mortgage FieldHouse on December 18th as part of his nationwide tour to support his latest album, Tickets to My Downfall.

Praise for the artists 5th studio album “Tickets to My Downfall” came from both fans and music critics, with Billboard lauding its "dazzlingly effective songs,” Vulture calling it "punk rock excellence," and NME praising it as “brilliant.” To kick-off 2021, MGK wowed TV viewers from Times Square at Dick Clark’s Rockin’ New Years Eve followed by a legendary appearance on Saturday Night Live. ET had a glowing review for SNL, saying: "MGK’s second performance really showed the range of his style and substance, as he delivered a remarkably beautiful and emotional performance of his song "lonely" and Rolling Stone praised the “raucous” performance.

Full dates below for the tour, which kicks off in September.