Zdenko Zovkic Reveals His Plans for Jade, an Asian-Fusion Eatery Coming to the Flats East Bank

A year ago, Zdenko Zovkic shuttered his 17-year-old Warehouse District mainstay XO Prime Steaks, but he already had his next big project cued up. This summer he will open Jade, a multi-level Asian-fusion concept in the Flats East Bank neighborhood. It’s been a goal of his to open a waterfront restaurant for years, he says, and when the opportunity presented itself in 2018, he signed the paperwork.

“I looked at the Flats from day one, but the spots weren’t on the waterfront and I still had XO going on, so moving down there was not really a great choice for me at the time,” Zovkic explains. “But my two biggest wishes were always that I wanted to be downtown in the Warehouse District and I wanted to be on the water. So both dreams fulfilled.”

Jade is one of four new concepts going into side-by-side duplexes on the banks of the Cuyahoga River. Construction has been ongoing for more than a year and now the work has progressed to the interiors. When it opens in mid to late summer, Zovkic’s project will offer guests three different experiences on three different levels. Each floor will accommodate approximately 100 guests and feature its own bar, menu, vibe and views. Both the first and second levels will have rear walls that open to the river.

“The main floor will be more casual but stylish with a sushi bar, street food, bar food, steamed buns and noodles,” he explains. “The second level is a little more upscale dining with whole fish, steak and Asian-inspired items. The rooftop is going to be a mix of the two menus, with alfresco dining, cabanas and bar.”

The rooftop also will offer an entertainment component, with DJs working evenings and weekends to create a lounge-like experience. Zdenko also plans to offer exclusive memberships to the rooftop bar, eventually converting it to a private affair.

Zovkic describes the past year as a difficult and wild ride, but says he’s thankful that he had another project waiting in the wings.

“It’s been a crazy year,” he says. “You can’t imagine a more difficult circumstance than last year. But luckily we had something lined up. I closed the restaurant one month before Covid hit. After 17 years my lease was up. I didn’t want to leave the place like this. I wanted to say goodbye to my longtime customers and friends, but maybe it was meant to be.” 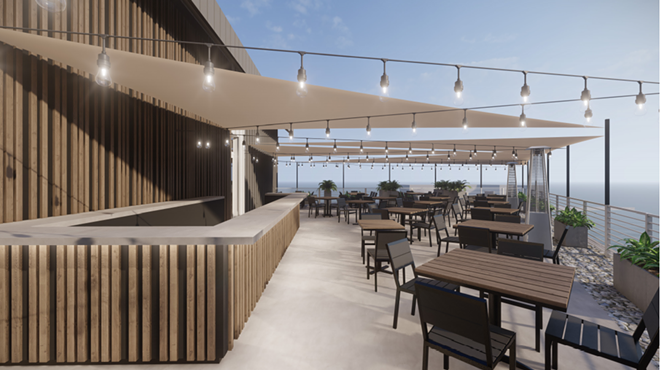