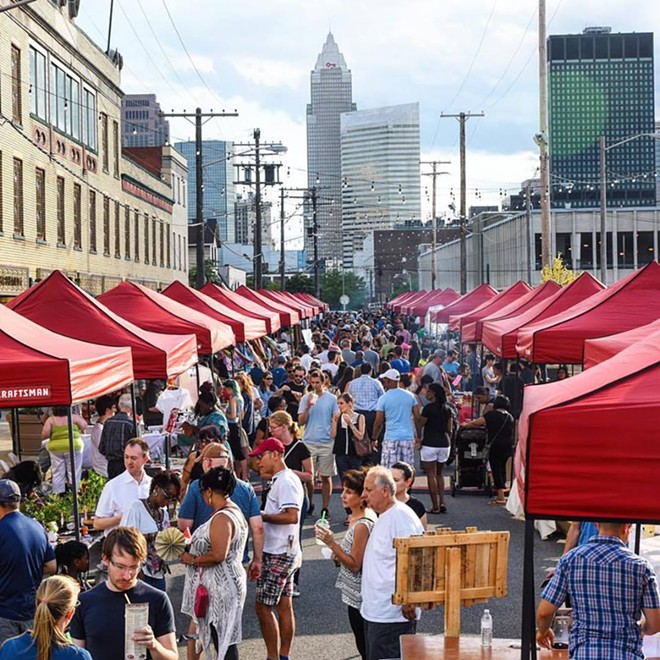 The City of Cleveland will begin processing new requests for special event permits on May 10, a Thursday evening press release announced. Permit requests that have already been submitted, and have been languishing during the city's civil emergency proclamation, will be processed immediately.

The announcement comes in conjunction with Mayor Frank Jackson's extension of the citywide civil emergency. Jackson announced that the civil emergency, which first began in March of 2020 and includes rules for mask usage and gatherings, will now be in effect until at least May 31.

The city's permitting process for special events was criticized earlier this week, after Mayor Jackson proposed a new city division of special events, filming and tourism, which would be housed under the department of public works.

City councilman Charles Slife and others criticized Jackson, noting that community groups have been unable to apply for permits to host events in their neighborhoods, even as the city hosts the NFL Draft. How could the Draft be deemed acceptable, Slife wondered, while a movie night at a city park "posed too steep a health risk"?

The city noted in its announcement that while it will begin processing applications for events, organizers will be expected to follow state and federal health guidelines. The city has additionally advised that event organizers should implement crowd management and control measures, require masks, and develop a plan to allow for social distancing, including by installing or erecting physical barriers where appropriate and printing visible signs alerting attendees to guidelines.

The updated event guidance is included in the civil emergency declaration.