Cleveland Excited for NFL Draft, Less So For Surprise Midnight NFL Draft Fireworks That Could Be Heard in Suburbs 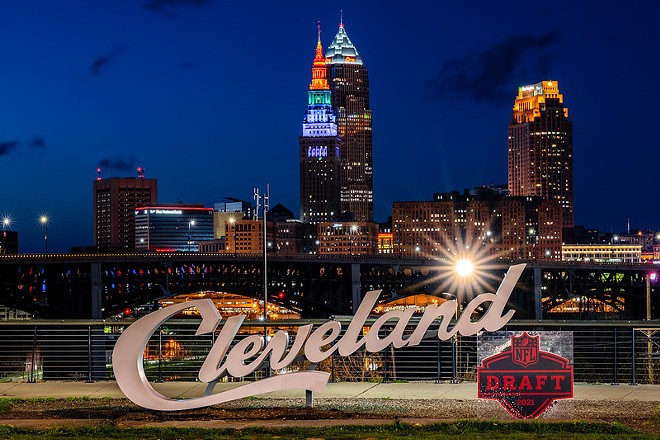 Tens of thousands of people descended on downtown Cleveland yesterday for day one of the 2021 NFL Draft, packing the lakefront venue, sidewalks, bars and restaurants with numbers and energy that made the city feel very much alive for the first time in a year.

The marquee NFL event brought with it all the glitz and excitement you'd imagine despite attendance slimmed down by Covid safety guidelines and some late afternoon/early evening fog and rain.

VIPs were in town, an international audience was watching Cleveland sparkle, Northeast Ohioans took advantage of what could be a once-in-a-lifetime chance to take in the festivities in their hometown, visitors gushed about the city, and even if you didn't give a hoot about what team picked which player, or even knew the name of a single draftee, it was, for lack of a more elegant description, very cool.

Until about midnight, when a barrage of fireworks fit for the Fourth of July welcomed the end of day one long after most Clevelanders had dreams of a Super Bowl parade filling their heads.

As far as inconveniences go, it was, of course, a minor one.

But it wasn't just the timing, it was the sheer size and volume of the display that took Clevelanders — and suburbanites — by surprise.

damn I thought it was storming. those fireworks for the draft are loud af 😂😂😂 pic.twitter.com/wecfCFkjIr


Idk wtf kind of fireworks they’re setting off in downtown Cleveland at MIDNIGHT to celebrate day 1 of the draft, but I can freakin hear them from my house. 25 minutes away. Someone in our town Facebook literally asked if “God was bowling”. It’s fine. Everything is fine

Sheesh my house was rumbling cuz the fireworks from the draft

Not the NFL draft fireworks waking me out of my dead sleep making me think the world was ending 💀💀💀 that shit was loud as hell!

12:10 am, thank you Cleveland for the draft day fireworks pic.twitter.com/t8B1kq1Vrn

Rest up, Cleveland. Friday's a good day for a nap.