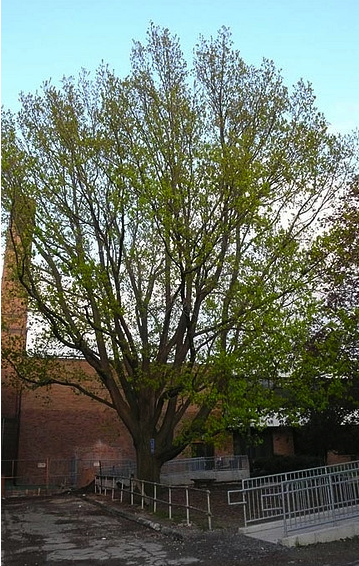 Today I get to be a part of a really cool project. Most know who Jesse Owens was: won four gold medals and was from Cleveland. That’s just a part of the story, and most (including me until 5 years ago) don’t know the whole story. I’d like to change that.

James Cleveland Owens, (J.C., with his accent his teacher thought it was Jesse), came north with his family as a part of the Great Migration. In high school he became a track star, setting records (and tying a world record!) that would last for decades. He proceeded to attend OSU, and most notably, completed the greatest 45 minutes in sports. That’s not hyperbole. At the Big Ten championship at UM, he set four world records in 45 minutes. It’s shocking to think about. Every 10 minutes. No break. 4 world records.

Then the next year the world grappled with the Berlin Olympics. Hitler and the Nazis were taking the global stage to promote White Supremacy and the Aryan race. Jesse Owens stood in defiance to that as he turned in the greatest Olympic performance to date, (I’d argue forever): four gold medals.

What isn’t as well known are the English Oaks. As a “gift” from the Nazis, each gold medalist was awarded a small sapling.

That’s what brings us to today. Of the hundred-plus given out, only a small handful remain. From Jesse’s four? One remains. It grows in Old Brooklyn, planted at James Ford Rhodes HS (where he trained) on a Friday night in October of 1936. Few Clevelanders know this, and it’s not on most tourism recommendations.

So what happened after the Olympics? Accolades in the press. Two ticker tape parades in NYC, one in CLE. But beyond the surface, he was denied opportunity at every step. Jesse couldn’t get sponsorships and jobs that his White peers got. He wasn’t invited to the White House by FDR for a celebration of the medalists. At an event honoring him at the New York Athletic Club, he wasn’t allowed in the main entrance and had to be brought through the service entrance. He resorted to racing against horses to make money. While Jesse Owens’ triumphs represented the greatest ideals of what America strives to be, his life also represented the shameful parts of our country’s history.

And what about the tree? These trees live 80-90 years in the best of conditions. All of this is swirling in my head as Old Brooklyn Community Development Corporation & Holden talked about stewarding this tree that was handed from Nazi Germany to Jesse. I also learned during this time that a planted acorn is closer to a sister or cousin, genetically. But through a process known as grafting, it’s possible to create replicas of the original. So on a cold winter morning in 2017, we made our first cuttings. We had no idea if it would work, and most of them were lost. But some have made it, and thrived.

Today, with partners at CMSD, Holden, and more, we are planting the first grafted Jesse Owens Olympic Oak in Rockefeller Park, on MLK Jr. Drive, adjacent to the Jean Murrell Capers Courts and the Harrison Dillard Bikeway. It’s an awesome location. We hope to plant three more in the public for all to enjoy, recreating the four originals for decades to come. And beyond that? Restoring justice and creating opportunity for Clevelanders who still are denied opportunity the same as he did years ago.

So many voices and hands shaped this over the past four years. The whole team at Holden, Eric Gordon and CMSD, countless mentors, Jason Powers, Rosemary Mudry, Devin Cotten. Thank you all. We’re bringing to the surface a story that should be held dearly by all Americans, and doing it by extending the legacy of the physical representation of Jesse Owens’ and by extension, America’s triumphs. Join us at 12:30p on Holden’s Facebook live to learn and see more.