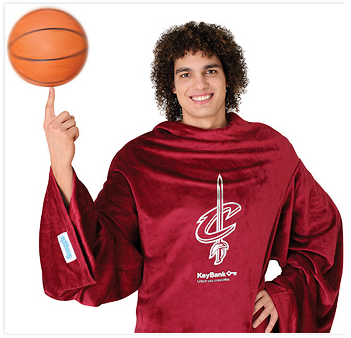 Varejão hustled for the Cavs for 12 memorable seasons during the LeBron years and the apocalyptic aftermath. He played briefly for the Golden State Warriors after his career in Cleveland and was hooping most recently in the Brazilian professional league. The current temporary contract will allow him to retire as a Cleveland Cavalier.

“For more than a decade, I was blessed to wear the Wine & Gold and play for the organization’s incredible fans," said Varejão, in a prepared statement. “I am so excited to return to Cleveland and be back in a Cavaliers jersey, continuing to build memories and representing the city and franchise that I love so much."

Given the limited games remaining in the current season, and Andy's expected contributions, it's unlikely he'll ascend much further on the franchise leaderboards. (This seems like a purely celebratory farewell tour, injecting some goodwill into the fanbase after a few weeks of drama and dismal basketball.)

If Varejão manages, however, to record 12 assists over the Cavs' final 8 games, he'll eclipse Jim Chones, Dick Snyder and Randy Smith and move into 34th in that category among Cavs all-time leaders.