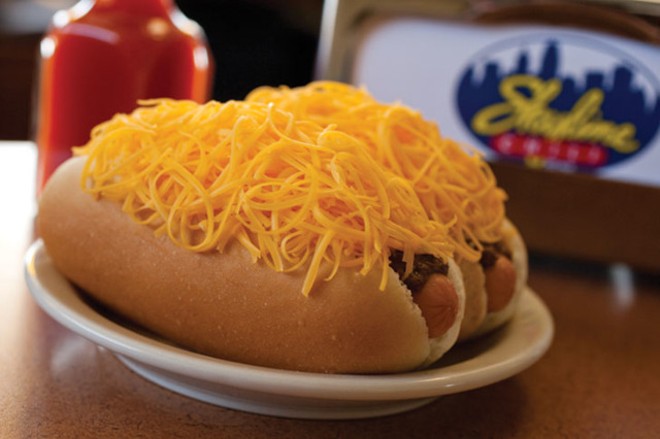 While fast food giants like McDonald's and Burger King are available just about everywhere you go, some cult-favorite chains are restricted to certain regions, making them all the more special when traveling through or to a destination.

Ever wondered which regional fast food chains are the top in the nation? The folks at USA Today did, so they asked their readers for their 10Best series, and it turns people have got a thing for Ohio's infamous Cincinnati-style chili.

Skyline Chili made No. 4 on the list, beating out well-known names like In-N-Out Burger, Whataburger and Culver's.

The write-up accompanying the placement reads, "Available in Ohio, Kentucky, Indiana and Florida, Skyline Chili is perhaps best known for its Cincinnati-style chili, best eaten over spaghetti or a hot dog topped with a generous helping of shredded cheddar cheese."

Skyline opened its first location in Price Hill in 1949 and now has over 130 locations across Ohio, Indiana, Kentucky and Florida.

Coming in at No. 1 on the list was California-based Habit Burger, followed by Pal's Sudden Service at No. 2 which can be found throughout Tennessee and Virginia, and landing at No. 3 was Sheetz, a made-to-order sandwich-gas station chain.