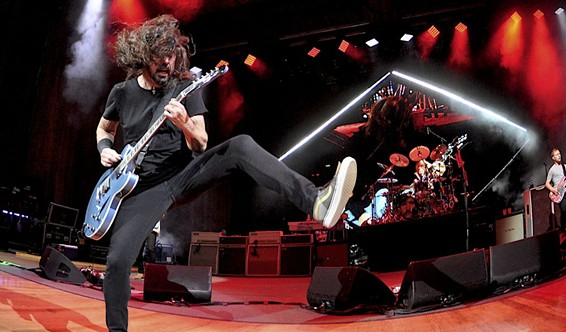 Update: Just this morning, the Rock Hall announced the new class of Inductees, and Tina Turner leads the list. Already inducted into the Rock Hall as a member of the influential R&B act Ike & Tina Turner, Turner, the subject of a terrific new documentary film that traces the professional and personal obstacles she’s overcome during her extensive career and the winner of the Rock Hall's Fan Vote, will also be inducted as a solo artist. The induction is long overdue for the talented Turner.

Rapper LL Cool J will receive a musical excellence award for people “whose originality and influence creating music have had a dramatic impact on music.” Other musical excellence recipients include keyboardist Billy Preston and guitarist Randy Rhoads.

The Ahmet Ertegun Award for nonperformers will go to the record executive Clarence Avant, and Gil Scott-Heron, Charley Patton and Kraftwerk will receive “early influence” trophies.

"This diverse class of talented Inductees reflects the Rock Hall’s ongoing commitment to honor artists whose music created the sound of youth culture”, says John Sykes, Chairman of the Rock & Roll Hall of Fame Foundation, in a statement. “It will make for an unforgettable live celebration of music in October at this year’s Induction Ceremony in Cleveland.”

The Induction Ceremony will take place on Oct. 30 at Rocket Mortgage FieldHouse. Details and ticket on-sale information will be announced later.

To be eligible for nomination, an individual artist or band must have released its first commercial recording at least 25 years prior to the year of nomination. Seven out of this year's 16 nominees are on the ballot for the first time, including Foo Fighters, the Go-Go’s, Iron Maiden, JAY-Z, Carole King (as a performer), Fela Kuti and Dionne Warwick.

Today through April 30, fans can vote every day at rockhall.com, or at the Hall of Fame itself. The top five artists, as selected by the public, will comprise a “fans’ ballot” that will be tallied along with the other ballots to select the 2021 Inductees.