Kings of Leon Coming to Blossom in August 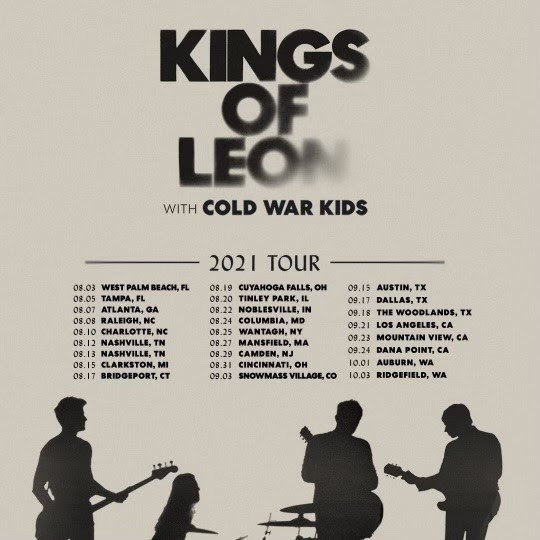 Having just warmed up with an appearance at the NFL Draft, Kings of Leon have announced the dates of a tour that includes a stop on Aug. 19 at Blossom. The jaunt supports the band's most recent album, When You See Yourself.

Tickets for Kings of Leon concert at Blossom go on sale at 10 a.m. on Friday.

Additionally, the band will donate one dollar from every ticket to the newly formed Inherit the Music foundation. Co-founded by Kings of Leon and philanthropist Alisha Ballard, Inherit the Music supports local organizations that "pay forward the gifts that only music can provide."

"By providing resources and funding education programs at all age levels, this newly formed charitable organization aims to impact the aspiring musicians of today and the future," reads a press release about the organization.

C-Notes Kings of Leon Blossom When You See Yourself