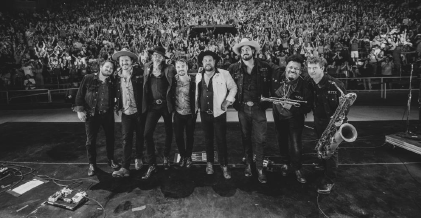 Nathaniel Rateliff & the Night Sweats have just announced an extensive tour that includes annual shows at Red Rocks Amphitheatre and Willie Nelson’s Outlaw Music Festival. The jaunt will bring the band to Jacobs Pavilion at Nautica on Oct. 13. Margo Price will open the show.

Tickets to the Nathaniel Ratliff & the Night Sweats shows go on sale to the general public at 10 a.m. on Thursday.

The Night Sweats took a break after the touring cycle behind their acclaimed second album, Tearing at the Seams. During that time, Rateliff released a solo album and planned a full year of touring behind it until the pandemic hit. Rateliff remained active during the lockdown with various streaming events and fundraisers while leading the charge for the Colorado Music Relief Fund, which raised over $800,000 for musicians and crew members in Colorado.

He and the Night Sweats also recorded a live album that's due out in July.