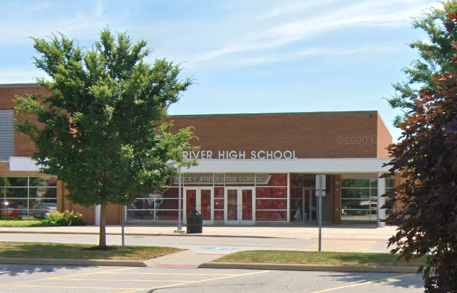 A parade of rabid Rocky River parents called for the resignation of schools superintendent Michael Shoaf at a school board meeting last week and sharply criticized a contract with the Diversity Center of Northeast Ohio for a series of courses on diversity, equity and inclusion.

The so-called "JEDI" program, which the Diversity Center has taught in Rocky River schools since 2013, has lately been seized upon by conservative political groups as a high-mileage wedge issue. A faction of verklempt parents and community members in the western Cleveland suburb conveyed their beliefs that this program is indoctrinating students with hatred of white people and the United States.

Like others in Trump circles and Republican-led legislatures around the country, these parents are decrying the JEDI program as an example of "Critical Race Theory" being taught in schools. The frequency and variety of that term's usage at last week's meeting, however, demonstrated just how rapidly it has been evacuated of meaning.

Within weeks, Critical Race Theory has become little more than a battle cry, a buzzword to signal anti-wokeness, white persecution and the like. CRT can now infect any person, policy, college course, piece of journalism or speech with poisonous ideas about diversity, equity, inclusion and social justice (which are, in these quarters, bad by definition).

Even acknowledging that race exists, and that people of different races have experienced different realities in the United States, is evidently a product of Critical Race Theory.

The assumption that people have “already eaten” and are “full” based on the color of their skin is just totally evil. This is what critical race theory does to your mind: makes you dismiss and ignore your fellow citizens, all because they have the wrong skin color. https://t.co/s7n6qfFjgw

In Rocky River, the JEDI program was the subject of controversy earlier this month when the district announced that it would expand the courses to younger students. The program, according to its own description, is designed "to empower students to feel confident in who they are and have the skills to recognize and intervene when others aren’t being included...To enable educators and administrators to engage in conversations about issues that are affecting their students and families... and to engage families and caretakers in gaining the skills to offer solutions to make their school feel more inclusive to all students."

It wasn't long before certain ideologues and opportunists began encouraging parents to identify the JEDI course for what it really was: a radical Marxist curriculum aimed at overthrowing the United States.

Before Rocky River voters voted down a new school levy last month, they received a robocall from Portage County Tea Party leader Tom Zawistowski, who railed against the JEDI program in language so hyperbolic and unhinged it's astonishing anyone took it seriously.

The school district had been infiltrated by "radical Marxist teachers, staff and administrators," Zawistowski alleged, "who want to implement the racist, anti-American, nonsensical Critical Race Theory, which indoctrinates your children and grandchildren with race-based hatred of white people, of American history, and of capitalism, with the goal of the communist takeover of our nation."

The JEDI program, for what it's worth, anticipated (or else responded to) these ravings by explicitly denying that it teaches Critical Race Theory in its online FAQ.

The Diversity Center "focuses on shifting behaviors and not beliefs for cultivating inclusive and equitable environments that celebrate differences in the school community," it says. "DCNEO programs do not: Tell everyone that they are racist. Indoctrinate people into one way of thinking...

"DCNEO youth programming focuses on building awareness, understanding, and skills for cultivating a sense of belonging in schools and youth-serving organizations. Social identities, culture, experience, and history impact how individuals navigate the world, including the education system. We provide education on specific social identity groups and how a history of bias and discrimination has impacted (and in some cases still impacts) the way students experience education at-large. However, our youth programming does not include Critical Race Theory as a component."

Good luck convincing the parents who spoke at the meeting Thursday. They claimed to "see through" the rhetoric about diversity and inclusion and "social and emotional learning." Multiple commenters, echoing Zawistowski, referred to the JEDI program as "Marxist" and "Communist." Many expressed fears that their children were being brainwashed into hating the United States and white people. Some expressed the belief that matters of race, gender and sexuality were more suited for the home than the classroom. Others were more extreme.

"This is very similar to what happened in Nazi Germany," said one commenter, following in the ironic footsteps of MAGA politicians comparing the Covid vaccine (and anything they don't like) to the atrocities of Adolf Hitler and the Holocaust. "Hitler's brown shirts were thugs and intimidators, much like today's BLM and Antifa activists. This country has forgotten the lessons of Adolf Hitler."

Others noted that Superintendent Michael Shoaf serves on the board of directors of the Diversity Center, and suggested that the district's $72,000 contract with the organization represented a clear conflict of interest. The Diversity Center did not respond to a voicemail and emailed request for comment. Shoaf, at the conclusion of the comment period, merely said he thought it'd be a good idea to arrange a meeting with representatives of the anti-CRT group to discuss their concerns.

A representative from the organization Ohio Value Voters spoke as well. Ohio Value Voters was present at a recent Ohio Political Summit in Strongsville and is making opposition to "Critical Race Theory" central to its advocacy efforts statewide. And those efforts are bearing fruit. The Strongsville GOP has formed a committee to review the curriculum in the Strongsville schools to determine if there are elements of so-called Critical Race Theory there as well.

It's no surprise that this paranoia reached the Ohio Statehouse, one of the nation's most fertile fields for demented ideas. Earlier this month, Rep. Diane Grendell (R-Chesterland), introduced a bill targeting Critical Race Theory and other "divisive concepts" in Ohio curricula.  Her bill would ban state school systems and other state entities from "creating feelings of discomfort, guilt, anguish, or any other form of psychological distress in individuals on account of his or her race, color, nationality, or sex.”

Not for nothing, but this is exactly the sort of snowflake language Republicans purport to despise. Legislating against white discomfort? Surreal.

Rightwing candidates have also been using the specter of censorship from big tech to rile up their base, but are now supporting legislation that would effectively censor all interpretations of history in which white people are implicated. Free speech for me but not for thee, etc.

Further afield, attacks on Critical Race Theory are getting results in spite of their groundlessness. Boise State University, in Idaho, suspended a suite of diversity courses after a complaint from a prominent community member, who'd alleged that he'd seen a video of a white student being forced to apologize for their whiteness in front of their class. The allegations were investigated by a major local law firm and could not be substantiated. Nikole Hannah-Jones, lead author and architect of the New York Times' 1619 Project — the main target of the anti-CRT camp's ravings — was this week denied tenure at the University of North Carolina when the university's Board of Directors intervened on explicitly political grounds and overturned the recommendation of the journalism department.

It's unclear how significant the anti-CRT crowd is in Rocky River, a 95% white community that voted overwhelmingly for Joe Biden in 2020. The commenters Thursday promised that they were only the bravest constituents from a large number of families concerned about the JEDI curricula and the scourge of cultural sensitivity broadly. Other residents told Scene that they suspected this was likely a small, though certainly noisy, minority.