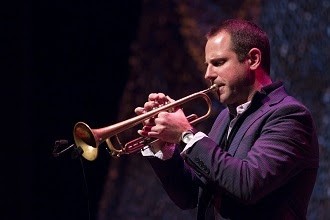 Enjoy music, drink, food, and the beautiful garden at the Bingham-Hanna Mansion of the Cleveland History Center at this series put on by locally based Jim Wadsworth Productions. Tonight, trumpeter Dominick Farinacci and
percussionist/drummer Jamey Haddad, two jazz musicians with deep ties to Northeast Ohio, will perform. Doors open at 5 p.m. with the concert starting at 6:30 p.m. Admission includes the ability to spend time touring the center. Seating will be provided, and drinks and food will be available for purchase. Tickets cost $18 to $25.
10825 East Blvd., 216-721-5722, wrhs.org.

Cleveland Stories Dinner Party is a weekly series that pairs fine food with storytelling. Through it, the folks at Music Box Supper Club hope to raise awareness of the mission of the Western Reserve Historical Society's Cleveland History Center. The goal of the Cleveland Stories Dinner Party is to "bring to life some of the fun, interesting stories about Cleveland's past — from sports, to rock 'n' roll, to Millionaires' Row," as it's put in a press release. Admission is free, with no cover charge, although a prix fixe dinner, designed to complement the night's theme, is $20. Tonight, Bobby DiBiasio, a 1973 graduate of Lakewood High School who's Senior Vice President of the Cleveland Indians, talks baseball. Doors open at 5 p.m., dinner is served at 6, and the storytelling starts at 7.
1148 Main Ave., 216-242-1250, musicboxcle.com.

The Dayton Dragons visit Classic Park this week for a series against the Lake Captains, the Indians' High-A affiliate, and several promotions make the series worth checking out. Tonight, it's 3-2-1 Thursday, which means a 16-ounce Labatt will only set you back $3, and hot dogs and fountain sodas will cost just $2 and $1 respectively. The first 1,000 fans that show up for Saturday's game will receive a Picantes T-Shirt from Lake Health. Sunday’s game features a Frozen Day promotion that's part of Classic Park’s Family Fun Sunday series. Consult the Captains website for ticket prices and game times.
35300 Vine St., Willowick, 440-954-WINS, milb.com/lake-county.

Veteran comedian and actor Damon Wayans made his mark with the TV series In Living Color, which found him creating memorable characters such as Homey the Clown, Handiman and Blaine from Men on Film. His career blossomed in the wake of the show's success, and he's gone to co-create the hit series My Wife and Kids and star in a slew of major motion pictures.He performs tonight at 7 and 9:30 p.m. at the Improv, where he has shows scheduled through Sunday. As of this writing, all shows are sold out, so the secondary market might be the best bet for tickets.
1148 Main Ave., 216-696-IMPROV, clevelandimprov.com.

Soul City Cleveland, the National Rites of Passage Institute and the Youth Resiliency Institute celebrate the artistry, self-determination and wisdom of elder Black musicians during this special concert that takes place tonight at 7 at the Beachland Ballroom in celebration of African American Music Appreciation Month. The concert features Eddie Baccus Sr. and Eugene Ross, and there will also be a special photo exhibition featuring the photography of 20-year-old photographer Khairiya Reid. As of this writing, the concert is sold out, but you can watch it online at youtube.com/watch?v=Nkxs5Vfgmto.

Earlier this year when patio season started, local singer-songwriter Diana Chittester announced that she'll hold down a Friday night residency throughout summer at Western Reserve Distillers in Lakewood. Known for its delicious hand crafted cocktails that rely upon homemade bourbon and vodka and a farm to table menu, the distillery offers a terrific venue for Chittester's singer-songwriter material (think Ani DiFranco-meets-Sheryl Crow). Chittester performs from 9 to 11 p.m. Admission is free, but reservations are recommended.
14221 Madison Ave, Lakewood, 216-333-9291, westernreservedistillers.com.

A writer on Amazon’s Emmy and Golden-Globe winning show The Marvelous Mrs. Maisel, Noah Gardenswartz has his own Comedy Central special and has appeared on The Late Late Show with James Corden and Conan. Additionally, he was a semi-finalist on NBC’s Last Comic Standing and has released two comedy albums. His matter-of-fact delivery allows him to put the emphasis on his well-written jokes. He performs at 7 and 9:30 tonight at Hilarities, where he has shows scheduled through Sunday. Check the website for ticket prices.
Hilarities Comedy Club, 2035 East Fourth St., 216-241-7425, pickwickandfrolic.com.

Starring David Sullivan (The Wilds, Primer), Marguerite Moreau (Wet Hot American Summer, the Mighty Ducks films) and Javier Muñoz (Broadway's Hamilton and In the Heights), the film Monuments explores grief, loss and love through its story of a widowed college professor who embarks on a spontaneous cross-country trip to spread the ashes of his wife. The film received the audience award for favorite U.S. independent film at the Nashville Film Festival, and it's also played at the Heartland Film Festival. The film opens today at the Cedar Lee Theatre in Cleveland Heights. Consult the theater's website for showtimes and ticket prices.
2163 Lee Rd., Cleveland Heights, 440-528-0355, clevelandcinemas.com.

The Battle of Lake Erie

Since its inception in 1986, the Battle of Lake Erie has drawn some of harness racing's best veteran pacers. Past Battle champions include Falcon Seelster, Jaguar Spur, Dorunrun Bluegrass, Cambest, Gallo Blue Chip, Maltese Artist, Foiled Again and Wiggle It Jiggleit. The event will feature live music and fair food on the apron. Doors open at 10:30 a.m. Check the MGM Northfield Park website for more information.

Cleveland Bazaar has organized pop-up retail events for makers, artists and small businesses in Northeast Ohio since 2004. Its summer shows at Market Square Park across from the West Side Market are a great way to shop local. Expect live music and a slew of vendors to be on hand for the festivities. Today's event, which is free, takes place from 10 a.m. to 4 p.m.

Featuring more than 40 giant moving dinosaurs, including Triceratops, Parasaurolophus, Microraptor and, of course, T. Rex, Dino Safari, a 60-minute drive-thru dino experience includes audio narration for the entire family. Created in consultation with paleontologist Dr. Gregory Erickson, Dino Safari features "fact-based, educational content in addition to an exciting storyline." Kids and families will travel through the fictional Pangea National Park. An audio tour (available in both English and Spanish) plays through each car’s audio system, and each vehicle receives a “Survival Pack” to help ensure a more interactive experience. Tickets to Dino Safari, which takes place at the Shoppes at Parma, are priced per car and start at $49.95 per vehicle of up to seven individuals. Hours are 9 a.m. to 9 p.m. Wednesday through Sunday.

It's not just a city thing: Good fleas can be found beyond Cleveland's city limits. To wit: The Peninsula Flea, which is held on the first Saturday of every month from June to September at the beautiful Heritage Farms, in the Cuyahoga Valley. The location provides a perfect escape from the crush of city life, perhaps best enjoyed by taking a hike in the surrounding Cuyahoga Valley National Park — the third most-visited national park in the country. A slew of local vendors will be on the lawn, with indoor sales taking place in two of the barns on site. The flea is the perfect opportunity to get some antiques, handmade collectibles, local gear and delicious fresh food while taking in all that Peninsula has to offer. Shoppers are welcome from 10 a.m. to 4 p.m.
6050 Riverview Rd, Peninsula, heritagefarms.com/peninsula-flea.

Pride in the CLE

The LGBT Community Center of Greater Cleveland will present today's special Pride in the CLE festival that kicks off at 10 a.m. at Edgewater Park. In order to adhere to state-mandated safety guidelines, individuals and organizations are encouraged to show off their pride by dressing up their cars, bikes, trucks, and vans for a distanced ride through the Edgewater and Detroit Shoreway neighborhoods. Pre-registration is required if you wanna ride. It's free to watch the parade. Consult the website for a route and other info.
lgbtcleveland.org.

Local motivator and musician Tobyraps, a guy who comes across like a modern-day Richard Simmons, just released a music video for his newest single “Exercise” from his upcoming album Make Yourself Happy. He says that in order to remain happy, it is up to us to put in the daily maintenance to ensure that our bodies and minds continue to "glow with self-confidence." It's good advice. Tobyraps created the song as motivation towards finding happiness because he believes “one of the simplest ways to gain mental and physical confidence is by engaging in daily exercise.” He wrote the track during quarantine when he realized how much physical workouts helped lift his spirits. Expect to hear it along with other motivational tunes when Tobyraps performs tonight at the Grog Shop. As of this writing, tickets will be sold by table only in groups of two to six people for maximum occupancy and safety. All patrons must wear masks upon entry and throughout the club, unless actively eating or drinking. The show starts at 8:30 p.m., and tickets cost $20.
2785 Euclid Heights Blvd., Cleveland Heights, 216-321-5588, grogshop.gs

Some of Cleveland's best food trucks will be on hand for the Mac 'n' Cheese Throwdown that takes place today from 11 a.m. to 7 p.m. at the Cuyahoga Co. Fairgrounds. Three local celebrity judges as well as attendees will decide who ultimately gets the title of Cleveland’s Best Mac 'n' Cheese. The Mac 'n' Cheese Throwdown will have both walking and drive thru ticket options. The event is hosted by W.A.G.S. 4 Kids, a 501(c)(3) Non-Profit. Consult the website for ticket prices.
19201 East Bagley Rd., Middleburg Heights, 440-243-0090, macncheesethrowdown.com.

Cleveland-based illustrator Anne (Andy) Passchier and Cleveland’s tallest drag queen Veranda L’Ni will be at Visible Voice Books today for a hybrid in-person and virtual streaming book launch event. The two will promote the new book What Are Your Words? A Book About Pronouns. "Filled with bright, graphic illustrations, this simple and poignant story about finding yourself is the perfect introduction to gender-inclusive pronouns for readers of all ages," reads a press release about the event, which takes place at 11 a.m. Admission is free, but a RSVP is required.
2258 Professor Ave., 216-961-0084, visiblevoicebooks.com.

Canton native Michael Sonata has always been involved in plays and choirs and was a member of the University of Notre Dame Glee Club. In 2004, he auditioned for a role in a Sopranos spoof that required a character based on Frank Sinatra. Sonata got the part and has been imitating Ol’ Blue Eyes ever since. He includes some 90 songs in his repertoire and covers all eras, including the Columbia years and the Capitol years. He even takes requests from the audience. He performs today at noon at Music Box as part of the club's special brunch. Tickets are $12 in advance, $18 the day of the show.
1148 Main Ave., 216-242-1250, musicboxcle.com.

Arts District Things to Do in Cleveland