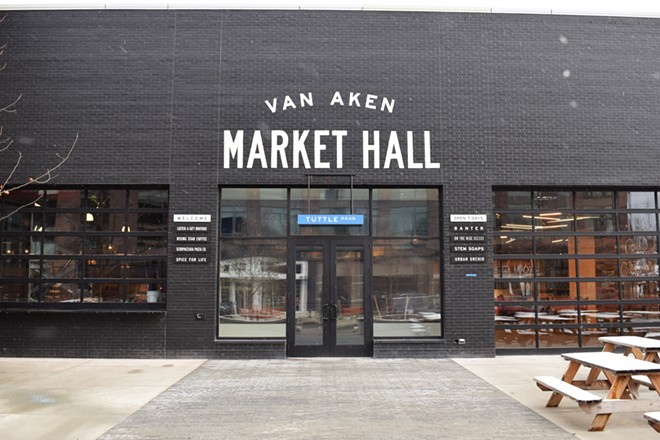 Doug Katz has announced that he will close Chutney B, the fast-casual Indian/Thai rice bowl concept inside the Market Hall at Van Aken District. He says that his two-year lease was coming up for renewal and that it made sense not to renew in order to focus on his upcoming projects. In April, he revealed his plans to open Amba, a full-service version of his Indian-fusion ghost kitchen, in Ohio City. That should come to fruition in late fall or early winter. Chutney B’s last day of service will be June 19.

The space will not sit idle for long. Chef Anthony Zappola, who also runs the popular Lox, Stock and Brisket in the Market Hall, will take over the stall. He gets the keys on July 1 and is aiming for a mid-July opening. His new concept is called Le Stand, a French-inspired salad, wrap and parfait business. Zappola says his intent was to fill a gap in the current food offerings.

“As someone who works seven days a week in the Market Hall, I know that I would love a salad a few days a week,” he says. “How many brisket and fried chickens sandwiches can I eat in a week?”

Diners can look forward to predesigned and build-your-own salads, whole wheat wraps and yogurt and pudding parfaits. Items that may make the final menu include parfaits topped with poached strawberries and coconut, a salad niçoise with tuna, tomatoes, eggs and olives, and a wrap with grilled chicken, olive tapenade, oven-roasted tomatoes and baby lettuces. Other wraps might star roast beef or Moroccan-spiced eggplant.

Back in May, Zappola announced that he was reviving his Rice Shop concept at Van Aken District outside the Market Hall. That is expected to open in early August.