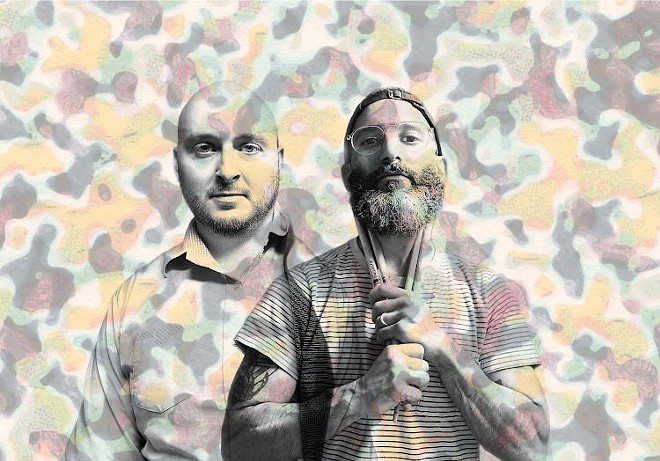 Update: Locally based indie noisemakers Cereal Banter have just issued a new single and video for "Macro Topic." The track comes from a forthcoming EP called Upper Depths, which is due this month on streaming services.

"I think it's our catchiest lil number, blistering in its performance yet blissful in its brevity," says the band's Joseph Joseph in an email.

The track will arrive as a cassette tape split with another Cleveland experimental group, Factual Brains. The two groups play a release party at 8 p.m. on Saturday at the Beachland Tavern.

"[The songs on the new EP] didn't seem to fit with the immediacy of the tracks on Dethtrep," explains the band's Joseph Joseph in a press release about the new EP. "With the last few months feeling very volatile and hostile in the world, especially in the Middle East (where my family is from), I decided it was a needed cathartic soundtrack to release this year, and hold ourselves over while we work on the next record due out in the fall."

The EP's title track is a "simple-but-doomed riff" that features soft chants and explosive bursts of noise.

"We maneuvered it into a brutal combination of gut-punches over seven minutes," says Joseph of the tune. "The second track is ambient but in a Pink Floyd way."

Both tracks were improvised live with a "real in-room, sound-pressure feel."