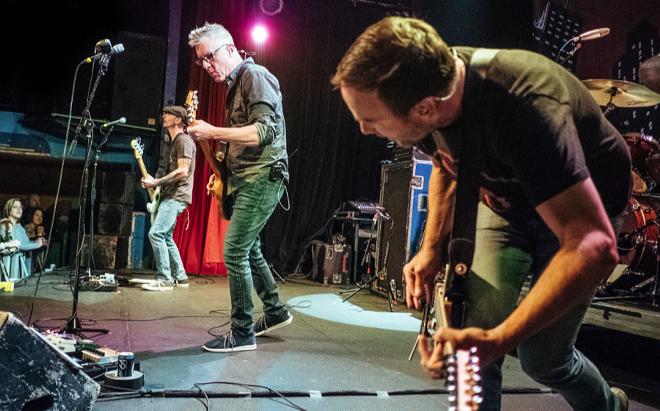 The alt-rock act Toadies just announced that they’ll tour this fall to celebrate the 25th anniversary of their platinum-selling debut Rubberneck. Technically, it's the album's 27th anniversary, but the pandemic cancelled all the band's tour dates and the Rubberneck 25th anniversary run will be the first Toadies shows since December 2019.

"I recall seeing the White Stripes play live five days after 9/11, and it was one of the most cathartic music experiences I’ve had,” says Toadies guitarist Clark Vogeler in a press release. “It was simply healing to see live loud Rock and Roll after such a troubling week.  I imagine it will be a similar experience for music fans to get out again and see their favorite bands live, just as it will be for me when I get to see my faves again.  As much as anything though, I miss playing music with these three guys and can’t wait to do it again so I’m really looking forward to the tour."

Toadies will play the album from start to finish.

"I've said it a hundred times, but when we made this record I never expected anything like the reception it received and am always blown away by the way the fans have kept it going," says Toadies frontman Vaden Todd Lewis. "I can't wait to get back out there and get loud again! Although, I also have a bit of trepidation built in from being isolated for so long. The guys are all itching to get back out on the road after not playing together for so long.”

Fellow Texans Reverend Horton Heat are on all dates and will play their Al Jorgensen-produced album Liquor in the Front in its entirety. Cowpunks Nashville Pussy will share the bill as well.