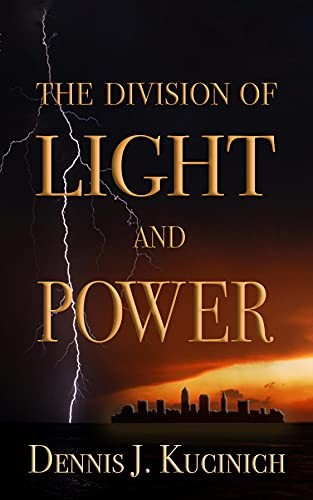 Dennis Kucinich will, in all likelihood, run for Mayor of Cleveland. But in recent weeks, the former mayor and congressman has been occupied with the promotion of his long-awaited memoir, The Division of Light and Power, which is available today for purchase at last.

Kucinich has teased the publication of this second memoir for years. It is the story of his battle with the Cleveland Electric Illuminating Company (CEI) and his efforts, as a young west side councilman and then as Mayor, to preserve the Municipal Light and Power Company as a public asset, in the face of enormous private opposition.

Kucinich is no doubt aware of the story's special relevance, given the ongoing FirstEnergy scandal at the Ohio statehouse and revelations that FirstEnergy (formerly CEI) funded a nonprofit whose sole purpose was the discrediting and eventual dismantling of Cleveland Public Power (formerly Muny Light). The book's publication doubles as campaign press, if Kucinich does indeed file petitions to run for mayor by next week's deadline.

The 668-page tome is richly footnoted with press clippings and explodes with hokey political-thriller dialogue. Kucinich is both the author and hero of this story and isn't bashful about portraying himself as a lonely crusader within a morass of corruption and malfeasance at City Hall.

In a cover blurb, commentator Geraldo Rivera calls the book a "cross between The Godfather and Mr. Smith Goes to Washington."

Casual readers may find the language and the political escapades a tad overripe, but for Cleveland history buffs, the story is of immense interest. It brings to life local political, business and media figures from the 1970s (and earlier) and paints a detailed portrait of the pervasiveness and shocking openness of corporate influence at City Hall at the time.

Scene is only 150 pages in, but will provide a more thorough review once we've completed.

Kucinich served as Cleveland Mayor from 1977-79 and in the U.S. House of Representatives from 1997-2013, during which time he ran for the Democratic presidential nomination twice. Among the current declared and undeclared Cleveland mayoral candidates, Kucinich enjoys the greatest name recognition.