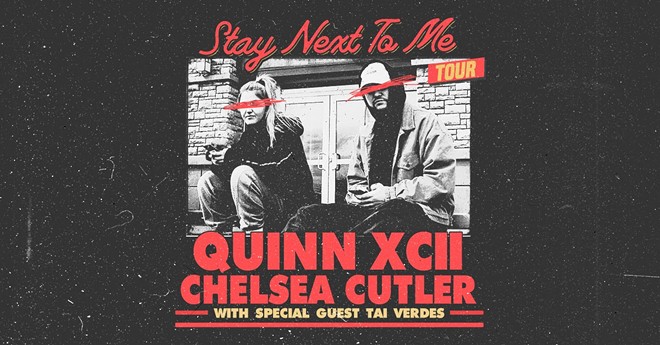 Over the past six years, Quinn XCII (pronounced Quinn Ninety Two) has amassed over 2.5 billion global streams and delivered hit singles such as “Straightjacket,” “Flare Guns," “Stacy” and “Love Me Less.” During that time, singer, songwriter and producer Chelsea Cutler has gone from bedroom-constructed uploads to 2 billion-plus cumulative streams and one of today’s most exciting emerging pop artists in just a matter of years. After dropping out of school in early 2018 to go on her first tour ever supporting Quinn XCII, she released two consecutive independent mixtapes, which were each followed by a sold-out nationwide headline tour.

The two did a number of drive-in shows safely during the pandemic, and they've just announced the details of their upcoming Stay Next To Me Tour, which includes a stop at Jacobs Pavilion at Nautica on Sept. 14.

Tickets for the Stay Next to Me tour go on sale to the general public beginning at 9 a.m. on Friday.