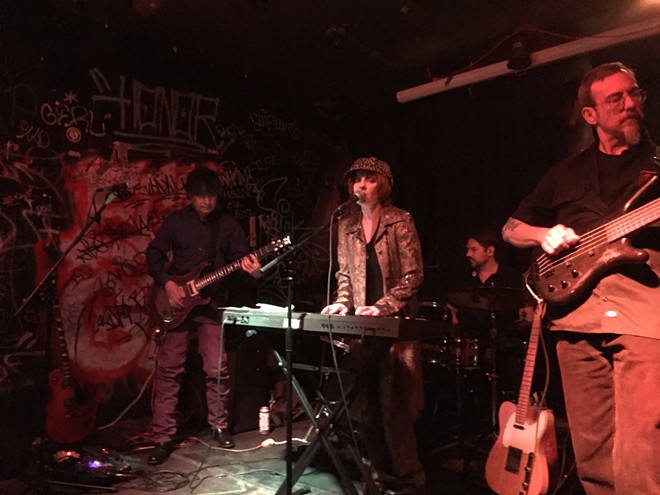 The local hard rock Flowers in Flames has just released West of Eden. It's the band's third release, and it draws from post-punk, shoegaze and psychedelia.

During the course of its career, the band has shared the stage with acts such as Pop Culture Suicide, Kid Congo Powers and the Pink Monkey Birds, Martin Atkins (P.I.L., Killing Joke and Pigface), Kevin Junior (Chamber Strings) and the Baptist Generals. It's also performed at WRUW's annual Studio-A-Rama.

The group describes the new EP as its "most colorful and furious material yet." The EP shows off the band's musical range as the melodic, retro-leaning "Crawl" has a Bowie-feel to it, and the careening "Too Much Too Soon" comes off as psychedelic rock that borders on punk.

Flowers in Flames' West of Eden is available on all major streaming formats now and YouTube for viewing. Live performances will be announced soon.