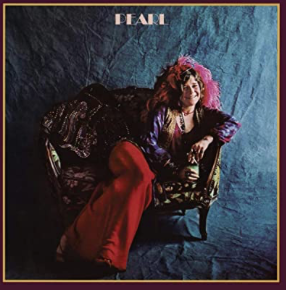 In honor of the 50th anniversary of the release of Janis Joplin’s album Pearl, The Rock & Roll Hall of Fame will host Janis Joplin Fan Weekend from Aug. 6 to Aug. 8.

Joplin’s handwritten lyrics, clothing, and a collection of rare photographs by Barry Feinstein, photographer, filmmaker, and art director responsible for creating some of the most iconic and enduring pop culture imagery of the mid-20th century are now part of the newly expanded Legends of Rock exhibit.

Feinstein created artwork for over 500 albums including Pearl.

Fans can also view Joplin footage from the Rock Hall’s vault, including highlights from her 1995 Induction and the 2009 Annual Music Masters tribute concert, and attend the Pearl album spotlight lecture.

Throughout the weekend of Aug. 6 to Aug. 8, Joplin’s iconic music and lyrics will be heard inside the Rock Hall and played on the Rock Hall’s Rock Boxes located downtown along East 9th Street. In addition, the Rock Hall’s Long Live Rock art installation will honor Janis Joplin, providing fans with a photo opportunity.

The Museum will also host two virtual events honoring Janis Joplin’s legacy. The first, taking place on Aug. 6, will be with Melissa Etheridge, who inducted Joplin in 1995. Etheridge’s speech inducting Joplin will premiere on The Rock & Roll Hall of Fame Induction Vault podcast on iHeart Radio prior to the event. Then, on August 25 at 7 p.m., writer and scholar Holly George-Warren will discuss her book, Janis: Her Life and Music.

New Joplin-themed merchandise will debut in the Rock Hall store, and a Janis Joplin Legends of Rock Virtual Exhibit will appear online in September.