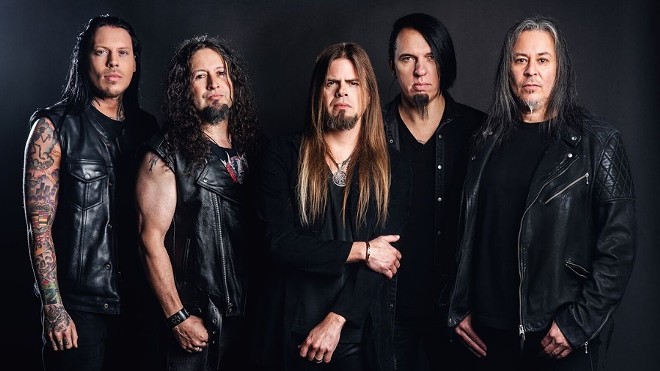 A few years ago, the veteran hard rock act Queensryche came through town and opened for the Scorpions at Jacobs Pavilion at Nautica. The group impressed during a 45-minute opening set that enabled it to show off the     incredible pipes of singer Todd La Torre, who joined the group in 2012 and has given the band a good second wind.

On songs such as the heavy-hitting “Blood of the Levant” and the moody "Portrait," La Torre sang with the kind of power that would’ve made the late, great Dio proud. Expect similar results when the band returns to MGM Northfield Park — Center Stage on Sept. 16.

A ticket presale starts at 10 a.m. tomorrow and tickets to the Queensryche show at MGM Northfield Park — Center Stage go on sale to the general public at 10 a.m. on Friday.