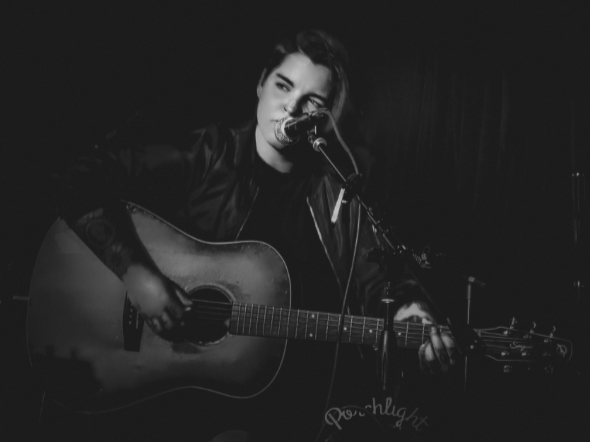 A Top 70 American Idol finalist in 2018, singer-songwriter Madeline Finn played in a number of local bands before going solo and then moving to Nashville two years ago.

Leaving Northeast Ohio wasn't easy, and she documents her anxiety about the change in scenery in some of her songs. As much as she might miss Northeast Ohio, she says she's settled nicely into Nashville.

“When you start something new, whether it’s a new job or moving to a new place, it’s inherent to think we’re going to be new people,” says Finn via phone. Finn performs at 7:30 p.m. on Thursday, July 1, at Music Supper Club. “I thought I would start jogging and quit smoking. Some of that happened, which is great, but most of it didn’t. It was kind of disappointing in lots of ways, but I’ve learned a lot and gained a lot out of the move. When you hold a place on a pedestal for so long, no matter what town it is, and expect it to change your perspective, it doesn’t hold a candle to doing your own work on the inside. But I found [Nashville] to be really collaborative. There’s so many people that there’s no hierarchy. You can't tell who’s on top of the scene because everyone is so different. Engaging with the infrastructure has been great too.”

Last year, Finn released Trial by Fire, a solo album that she wrote and recorded after moving south. Unfortunately, the pandemic wiped out her plans to tour in support of the release.

“We released the record during the pandemic,” she says. “I was supposed to go to Europe for a month. And then there was a living room parlor tour scheduled for the month after that across the United States. I found out in March that that wasn’t happening. That sucked. I didn’t play live at all, which is weird, but it did give me a good opportunity to write.”

Grounded by COVID-19, Finn got a day job but continued to write and record new music. Earlier this year, she released “Ohio,” a tender ballad that serves as extension of 2020's anthemic, hard-rocking “Timing Is Everything,” another autobiographical single.

“‘Timing Is Everything’ came out right around when the pandemic started,” Finn says. “We recorded it as part of Trial by Fire, which came out a little after that. It’s a more upbeat track. It has a fun vibe to it. It’s mostly about what I was going through at the time. It’s funny to play it back now, and I attach new memory to it. For me, I put new memories to it. It’s about ending a relationship and starting a new one and changing environments.”

For the upcoming Music Box gig, Finn will enlist some of her musical friends to join her.

“It’s going to be awesome,” she says when asked about the show. “I’m bringing the Nashville-style songwriters-in-the-round concept to Cleveland. I love that down here. I love the idea of being able to play off other songwriters and tell stories in intimate settings. That’s where I find the most fulfillment and joy. I’m bringing different writers each time. This time, we have Chrissy Strong, who is incredible. She plays piano and just crushes it. It’ll be her, myself and Brendan O’Malley. He was in [the local band] Honeybucket. He’s awesome. We play a lot together. We’ve done duo shows together.”

Finn’s music has evolved since her high school days when she played Paramore-inspired pop-punk with a group called Envoi.

“[Envoi] was really fun,” says Finn, who’s currently working on a new EP. “What I learned from that is it’s better to be authentic. People can see when you mean what you say. I think that shows up in my writing now and my production styles. There’s something special in Northeast Ohio that not many people have. Being around so many talented people was great.”